A few clicks and an algorithm composes a classic string quartet. Or alternate with jamming jazz melodies they have invented themselves. Artificial intelligence becomes creative. A far-reaching change for the music industry.

Celebrities and young audiences from all over Europe crowd into the Cadogan Hall in London, invited by the Chinese mobile phone manufacturer Huawei. The mood is expectant. Because what the audience will experience on stage on February 4th, 2019 is a unique musical experiment: Schubert's "Unfinished" in a new version - "completed". There is also something else, but the type of completion is special: The third and fourth sentences do not come from a human composer, but were calculated by an artificial intelligence (AI) on a Huawei smartphone.

The company has developed its own AI model that was specially tailored to Schubert. Over 90 Schubert pieces were read in in order to get a basic understanding. Fed with the "typical" Schubert sound, the smartphone could calculate how the "unfinished" could go on. The film and television composer Lucas Cantor then orchestrated the AI's sound material and made it playable.

The change from the original Schubert to the AI ​​composition can be clearly heard: the music from the smartphone sounds more catchy, more like film music - but the newly composed sentences are also reminiscent of various works by Schubert. How does this work?

The fact that AI models are now able to calculate new music in the style of certain composers is made possible by so-called "deep learning". The AI ​​application is "fed" with information about notes, rhythm and tone colors, recognizes recurring connections and begins - like the neural network in the brain - to create new connections independently. Comparable to a musician who jams in a studio and at some point comes across a suitable melody.

A string quartet from the computer

Early attempts to generate music on the computer date back to the 1950s. The "Illiac Suite" for string quartet was the first work composed entirely by a computer - in 1956. An experiment by programmers Lejaren Hiller and Leonard Issacson at the University of Illinois. The first public performance of the "Illiac Suite" caused confusion among music fans: Is a random string of musical parameters already music? 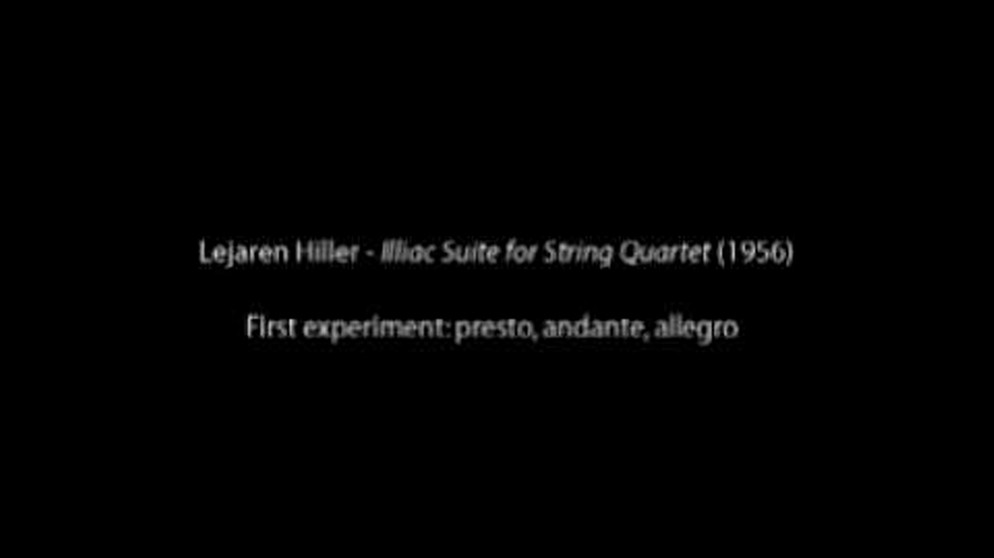 Pop music at the push of a button

There are now numerous start-ups around the world that deal with the application of artificial intelligence for music production. Amper Music from New York wants to make it possible to easily compose pop music at the push of a button. The user can specify in which style, in which length and in which mood the song should be composed. The AI ​​then spits out a unique melody. The start-up would like to enable teams or singers with a small budget to produce videos. "AI music is a useful thing for YouTubers who need music for their videos and who don't want their clips to be taken offline for copyright infringement," Cliff Fluet, attorney for London law firm Lewis Silkin, told The Guardian. 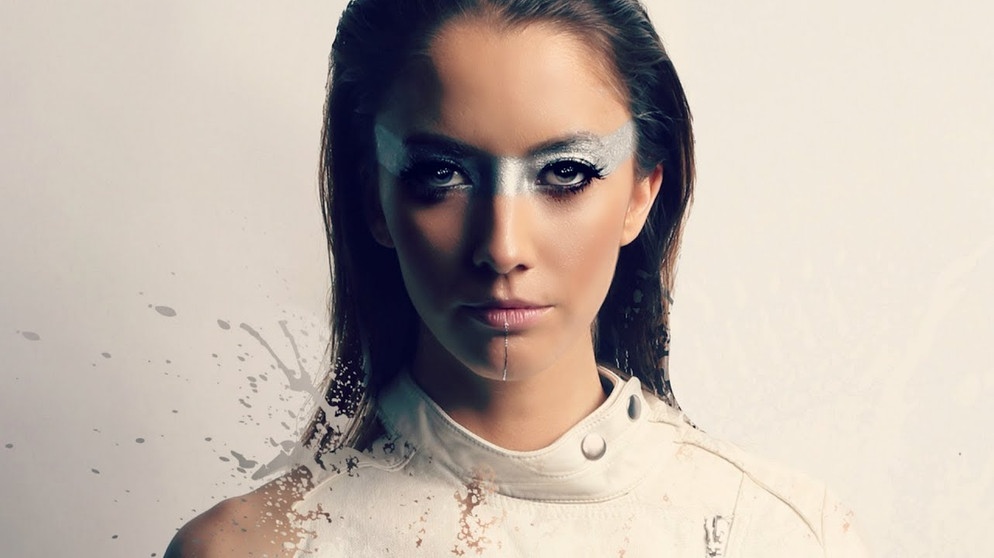 American singer Taryn Southern recorded an entire album in 2018 using Amper's software: I AM AI. "It's funny to have this new composer as a partner. He never gets tired and brings this infinite knowledge of making music with him," the singer describes the composition process in an interview with CNN. Taryn Southern always got attention for the album. The song "Break Free", which she released online, was viewed 400,000 times in the first week. Benoît Carré's three-minute pop song "Daddy's Car" in the style of the Beatles was also a hit on YouTube. Except for the vocals, the music comes exclusively from an artificial intelligence from the start-up "Flow Machines".

And what if music doesn't just run linearly, but adapts to our mood and our surroundings in real time? The Berlin company Melodrive has specialized in such "adaptive music". The music of an art installation could thus react to the movement of the visitors in the future. Another possible application is video games. There, the soundtrack could adapt to the behavior of the character and thus increase immersion in virtual worlds. In a study carried out by Melodrive itself, test subjects stayed on average 42 percent longer in front of the medium when they listened to adaptive music.

Artificial intelligence can be a musical partner

The "Continuator" also uses a musical AI model that reacts to people in real time. François Pachet developed the algorithm at the Sony Computer Science Laboratory (CSL). A musician plays the beginning of a melody for the program. "Continuator" complements the musical phrase and spins it further. The result is a remarkable musical duet between man and machine. A future way for music students to motivate themselves to practice? Then they would not have to play "alone", but could make music in dialogue with the computer. 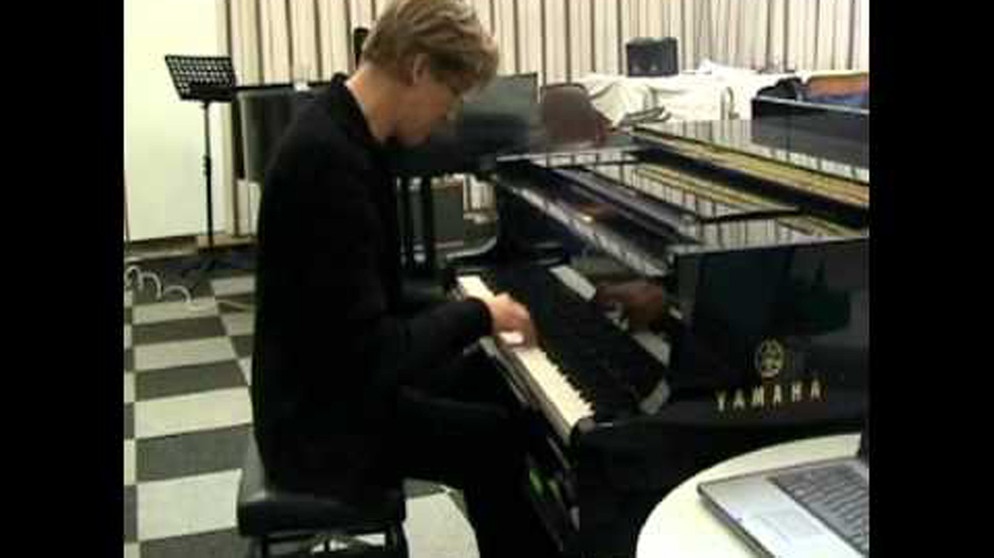 Musical Turing test with the Continuator on VPRO Channel (Amsterdam)

To test the ability of the AI ​​software, Sony CSL invited jazz pianist Albert van Veenendaal to play with the computer. The music critics Henkjan Honing and Koen Schouten only got to hear the sound and were asked to decide which passages came from the jazz pianist. Honing and Schouten mostly guessed the computer melodies.

Threat to the music industry?

While AI companies like to highlight the opportunities and new possibilities of their applications, critical voices are also stirring. For Jon Eades, Innovation Manager at Abbey Road Studios, AI is a double-edged sword: "I believe AI will damage the music industry too. It's like the internet. On the one hand, it opens up new possibilities for us and has completely changed our world . But depending on where you were before the Internet age, it was either an opportunity or a danger, "he explains in an interview with The Guardian. Will composers no longer be needed in the future because an algorithm will do their job cheaply? What is the value of human creativity in the future? In any case, singer Taryn Southern does not feel threatened in her existence by AI. Because she is certain that even highly developed applications cannot replace one thing: "When people make music together, a magic arises that I would not want to do without."

You can find out more about the opportunities and risks of artificial intelligence in the entire Bayerischer Rundfunk program on Tuesday, October 8th and Wednesday, October 9th, 2019. The entire range and more information on the BR topic "Artificial Intelligence: Risk - Rescue - Revolution" can be found at br.de.