Is it dangerous to be a journalist?

Uwe Krüger in conversation
The dangerous proximity of journalists to power 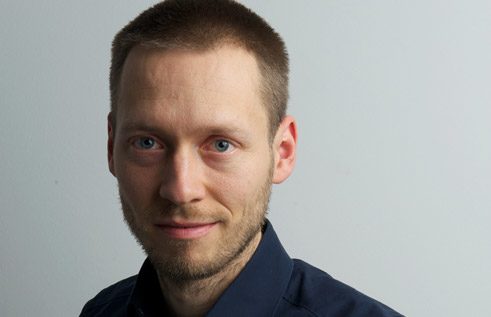 How independent and objective are German journalists? The Leipzig communication scientist Uwe Krüger examined the networking of leading editors with elites from politics and business - and found a worrying proximity.

Mr Krüger, we would like journalists to be neutral and objective reporters. How close are we in Germany to this ideal?

It is very difficult to give a general answer. The demands on journalism are extremely high and many German journalists really try hard to portray what is often a very confusing news situation as carefully and objectively as possible. Still, we have a problem.

Many of the leading German media are so closely networked with elites from politics and business that they do not adequately question the problem definitions and the fundamental terms that are established in these circles - nor the interests behind them. As a medium, one can be objective and neutral on a small scale and yet be closer to the discourse of an elite than that of the population in general.

What evidence do you have for this thesis?

For years I have examined the personal connection data of all leading editors in German leading media: who has contact with whom in which organization - as a member, but also as a board member, member of the advisory board, member of the presidium? As it turned out, every third party was a member of at least one elite-related organization. On the other hand, and that was particularly strange to me, leading journalists in the field of foreign policy were heavily involved in organizations that represent the interests of NATO, the European Union and the German government.

Which organizations do you mean specifically?

For example the German Atlantic Society, a declared lobby organization for NATO. Or the Trilateral Commission, a confidential forum of elites from politics, business and other sectors from North America, Western Europe and the Asia-Pacific region. Apart from the public, interests are negotiated here between business and politics in the western world. The journalists present undertake to remain silent about it, even though they should actually be advocates for the public.

Is that even permissible?

In Germany, in fact, no norm has yet been established that would forbid journalists from becoming members of such boards of trustees or commissions. Unlike in America, for example. So has the New York Times a code of ethics according to which journalists are only allowed to get involved in organizations that deal with journalistic training and further education, but not with politics and business.

Many rely on the so-called leading media

What does closeness to the elite mean for journalistic objectivity?

She suffers from it. Take the Ukraine coverage. If you are honest, then in many of the major media we are dealing with a list in the direction of alliance politics, the EU and NATO. In the geopolitical tussle over Ukraine, Russia is viewed very critically and the West very uncritical. This results in a very value-charged image of “good versus evil”, although a more sober image of “interests versus interests” would be closer to the truth.

But there are also other media that take this perspective. As a citizen, you can get comprehensive information, right?

Yes, it can be argued that tendentious reports are cushioned by the diversity of news providers. The only question is, what is the benefit for the individual citizen? Who has the time and media skills to survey the entire spectrum of opinion every day? Many now rely on the so-called leading media and assume that they will inform them as objectively as possible. Therefore, plurality within a medium is also important.

One could argue that for journalistic reporting it is necessary to gain access to elites. So is a certain proximity to elites the price one has to pay for exclusive background information?

I admit this is a dilemma. Anyone who wants to depict the discourse of the elite needs access and thus a certain spiritual closeness to power. But the question is much more interesting: How much do I really need information from the executive suite? Wouldn't I rather need sources in the mid-level staff of authorities and other organizations, such as speakers who are less interested in but more knowledgeable than their top bosses? American journalists have the beautiful motto "The higher you go, the less you know", the higher you go, the less you know. Much more important than depicting the elite discourse in as much detail as possible, it is important to also question it constructively.

Can you give us an example?

In many comments and editorials in major newspapers I have found theses that the financial crisis, migration movements or pandemics are relevant to security policy. This is basically lobbying for an expanded concept of security, which is part of the consensus of our elites and the agenda of the German government, the EU and NATO. It also implies applying military logic to non-military issues. In my opinion, the journalistic added value would be not only to present this idea or even to advertise it, but also to question it critically.

Feeling of a consonance between politics and media

How do you assess the current media criticism of groups critical of democracy like Pegida?

We are dealing here with a loss of trust that the established media should take seriously. Even if slogans like “lying press” are hopelessly exaggerated: There is a widespread feeling of equality between politics and the media, and that is no coincidence. The work and selection routines of many editorial offices are calibrated to follow the elite discourse like a shadow. Actually, one needs more means and freedom to search openly, not to slavishly follow the agendas of the centers of power, but to show more one's own attitudes.

More internal plurality, would that be the solution?

That would be an important step, yes. I think you can only benefit as a reader if unusual guest authors are more often than not allowed to express differing opinions and critical points of view. Or when a department head who has been attending the Munich Security Conference for years also visits the Munich Peace Conference - or, in addition to the World Economic Forum in Davos, also takes part in the World Social Forum.