Why are mental illnesses considered permanent

Clinical Psychology: Only a minority remain mentally healthy for a lifetime

Most of us know at least one person who has had a history of mental illness. While such stages in life are common, they are usually viewed as unusual and even shameful. However, new evidence from around the world, including our research group, suggests that the majority of people will develop a diagnosable mental disorder at some point in their lives.

It has long been known that around 20 to 25 percent of the population is acutely suffering from a mental illness at any given point in time. They are so psychologically stressed that their private life, their performance at school or at work are impaired. Most of those affected do not receive therapy. 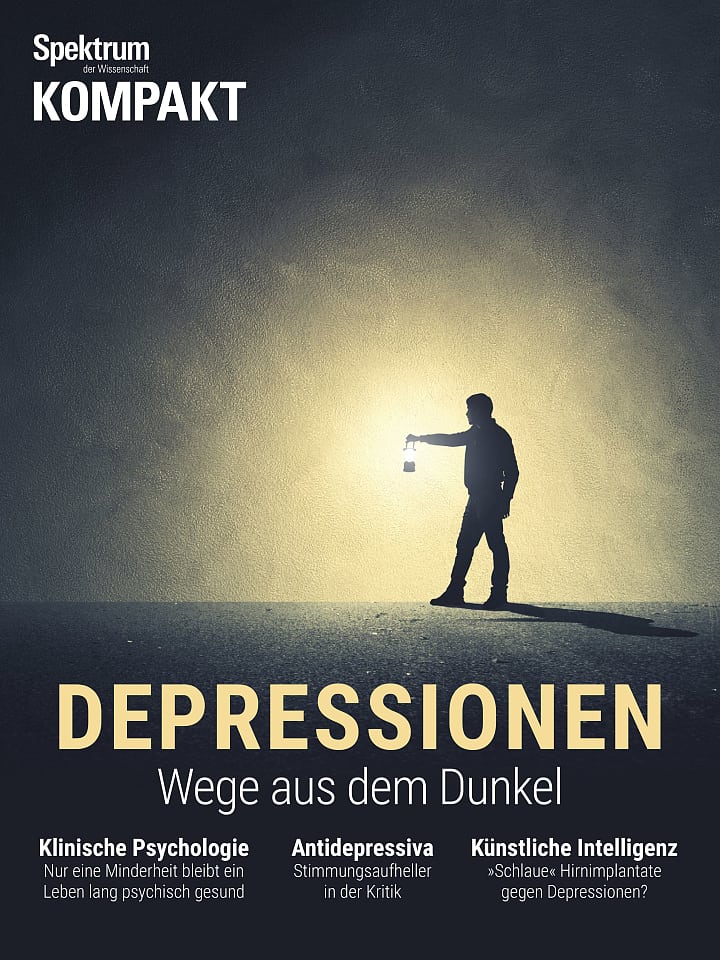 This article is contained in Spectrum Compact, Depression - Ways out of the Dark

As early as the mid-1990s, extensive studies in the USA suggested that almost every second person is affected at some point in their life. These surveys included thousands of participants who were representative of the entire United States in terms of age, gender, social background, and ethnicity. However, these were retrospective surveys, that is, they were based on the subjects' memories of feelings and behaviors that could have happened months, years or even decades ago. But our memory is fallible, as research shows: If you ask people about their mental state, they often give changing or contradicting statements. It is therefore questionable how reliable such retrospective findings are. In addition, every third person invited to such studies refuses to participate. And, as further surveys suggest, these non-respondents are more likely to have poorer mental health on average.

Only around every sixth person is permanently mentally healthy

A current study by one of us (Schaefer), which appeared in the Journal of Abnormal Psychology this year (the name itself suggests an outdated understanding of illness), is therefore pursuing a different approach. Instead of asking subjects to think back many years, we followed a generation of New Zealanders from the same city from birth to middle age. Every few years we looked for signs of a mental illness and found that with such regular screenings with research-based instruments, the proportion of those who suffer at least briefly from a mental disorder increases to more than 80 percent. In our cohort, only 17 percent were spared into middle age. Because our team couldn't be certain that participants had remained healthy in the years between screenings, the percentage could be even lower.

"And yet another conclusion is obvious: Research should examine precisely those people who do not even develop mentally ill once in their lives."

In other words, the study shows that most people are likely to develop a mental disorder at some point. It's more likely than developing diabetes, heart disease, or cancer. Similar cohort studies in Switzerland and the USA have confirmed our data.

A common assumption is that whoever becomes mentally ill will remain so for the rest of their life. According to new findings, however, this does not apply to the most common psychological complaints. "Mental illness is often short-lived or less severe," says epidemiologist John Horwood, director of a large longitudinal study in Christchurch, New Zealand. Of his test subjects, almost 85 percent suffered from a mental disorder at least once by mid-life.