Why are Daemme being built on the river

Dams: a curse or a blessing? - "Dams are not good or bad"

The production of electricity with hydropower is considered ecological, clean and economically profitable. Because water is not consumed and fossil energy resources such as coal or oil can be conserved.

But the construction of dams often has unforeseeable ecological and social side effects: people have to leave their fertile land, fish migration is interrupted, rainforest is cut down. In addition, the remote locations, which are badly affected by the construction of the dams, often hardly benefit from their benefits, explains science editor Thomas Häusler. 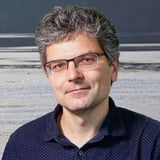 Thomas Häusler is a science editor at SRF. He has a PhD in biology and completed advanced training in water management at the University of Geneva. He has been the head of the science department since 2013.

SRF: The construction of dams has far-reaching consequences for the environment - is that the case everywhere?

Thomas Häusler: Dams are mostly large projects and have corresponding effects. Several dams are often built along a river - dozens of dams along a river such as the Mekong.

Dams are often not viewed in a larger context. You can see that in the Amazon, where more and more dams are being built. Viewed as a whole, the whole system is severely impaired, criticize environmental organizations.

You can't say dams are good or bad.

In 1998 the World Bank set up a commission to find out whether the bottom line was positive or negative. They came to the conclusion: The dams have brought a lot, such as electricity generation and irrigation for agriculture. But at the same time, they also cause many side effects for the environment, for fisheries and for people. So you can't say: dams are good or bad.

Is there no way to build dams more ecologically?

Dams will always have an impact on the environment. How bad this encroachment on nature is also depends on the point of view. On the Senegal River in West Africa, for example, there is an agreement between the neighboring countries of Senegal, Mauritania, Mali and Guinea. This is considered exemplary among water experts.

It was planned jointly, projects financed and operated jointly. There is a dam at the river mouth to keep the salt water out of the river so that agriculture there has better water. Further up the river there is a dam for electricity production.

Nevertheless, there was criticism that this irrigation only brought something to large-scale agriculture.

Dams are also a big issue in Switzerland. Here, too, there are still problems that need to be addressed - for example the amount of residual water or the fish ladders.

There is actually no such thing as a good solution for the fish ladders. The federal law prescribes minimum residual amounts for residual water. Sufficient water is always required in river and brook beds to guarantee the diverse functions of the watercourses. And these minimum quantities have been set. This means that dry streams, as they used to be, are no longer permitted by law. Of course, natural streams would be better - but at least.

And what about the implementation of these regulations?

The cantons had 20 years to implement these residual water regulations - until 2012. Even three years later, only two thirds of the cantons actually implemented this. Its a lot to do.

In many international conventions - the World Bank has also stipulated this in its guidelines - it is stated: Basically, dams should only be built with the involvement of the local population. Why is that so important?

Dams are often built in structurally weak, remote regions. The advantages of the dams usually unfold very far from this: the electricity is produced for the cities, profits are made primarily by the investors in the projects. Conversely, the local population feels the effects, which are hardly noticed from afar: villages are flooded, the fishing industry suffers.

Compensation is often promised - but then not paid.

There are also problems in these areas during construction: the small towns are flooded by thousands of workers. This has consequences for public safety, schools and the healthcare system. Compensation is often promised because of this. But as you have seen several times in the Amazon, for example, these are often not paid for.

Do the people affected have a chance to defend themselves under international law?

There are always hearings before the UN Human Rights Council. You can also sue in international courts. In the case of the Belo Monte dam in the Amazon, this was done before the Inter-American Commission on Human Rights. This has given the plaintiffs right. It was built anyway.

In Brazil, the dam on the Tapajós River was stopped in 2016 after national and international protests. Among other things, because around 12,000 indigenous people would have been displaced. Is that a stage win after all?

I would be careful to draw conclusions here. In Brazil you have seen that there are always such successes and then higher courts take back these decisions. That's why there was always a stop-and-go at Belo Monte.

Ultimately, a lot has to do with the land rights of the local people. And these land rights are only recognized very slowly. Until then, decisions will always be made as to where a dam can still be built again.

How is one supposed to weigh up the interests of environmental protection, rights of the local population and energy supply with clean electricity for millions when building dams?

On the one hand, there are clear rules: there is participation by the local people, and there is an obligation to provide information between the states. In international law there is the principle «you must not harm your neighbor through the project». However, these decisions are also political and social and therefore have a certain momentum of their own.

Small, “unproductive” societies are often affected far from the centers of power. It is difficult for them to secure their rights. It's a constant negotiation. It was the same in Switzerland. At the Marmorera dam in Graubünden, the village of Marmorera was flooded. Andermatt almost went under too. In 1946, however, they successfully defended themselves against the planned dam near the Schöllenen Gorge.

Is electricity production with run-of-river power plants still cost-efficient when solar and wind energy are becoming cheaper and cheaper?

That is an issue. Many dam critics say that more wind and sun should be used. Whether that will be enough varies from country to country. Apart from that, not only mega dams or large projects are a problem. Even in the case of smaller power plants, as some are proposed, the question arises as to whether they are really useful.

In Switzerland, the nature and environmental protection associations are against it. Their position is clear: the last rivers should not be damaged for a little more electricity.

The interview was conducted by Christoph Keller.