5 Christmas customs and what's behind them

"But it came about at the time that the Emperor Augustus made a command that all the world should be valued. And this estimate was the first and happened at the time when Cyrenius was governor in Syria," describes the evangelist Luke . At the same time, the evangelist Matthew says that the cruel King Herod had all the children of Bethlehem murdered after hearing of the birth of the new king of the Jews.

The two historical events cannot be reconciled with the biblical Christmas story: The census described served to calculate the possible tax revenue and took place in the year 6 or 7 after the birth of Christ. And the hated Herod died as early as 4 BC, so there are around ten years between the two events.

The date of birth December 25th cannot be found in the Bible either, it was only deliberately set to this day in the fourth century under Emperor Constantine I, since pagan cultures such as the Romans, Celts and Germanic pagans celebrated the winter solstice on this day. With the calendar reform in the 16th century, the winter solstice moved to December 21st.

In addition to the year and date of birth, the place of birth of Jesus is also controversial: it is possible that the evangelists deliberately moved the place of birth to Bethlehem because, according to the Old Testament, King David was born there, whose descendant the Messiah was supposed to be.

The story of his birth was supposed to characterize Jesus as the Son of God and, through the connection with historical figures such as Quirinius or Herod, place him in a context with the prevailing expectations of salvation. The Bible is not a history book, but a collection of scriptures, which in Judaism and Christianity is considered holy scripture with normative claims for the whole practice of religion.

Did the Star of Bethlehem really exist?

For half an eternity, scientists have been looking for an explanation of what the bright star could be that led the three wise men from the Orient to Jesus, as described in the Gospel of Matthew.

It is known from historical sources that Halley's coment approached Earth around 2000 years ago. It is also known that at the time of Jesus' birth the two planets Saturn and Jupiter came very close three times within a year - an extremely rare spectacle. But despite the proximity there were two points of light, not just a bright star, as the Evangelist Matthew describes it.

According to other theories, the cosmic event could have been a supernova, i.e. the explosion of a large star that outshone all other stars. 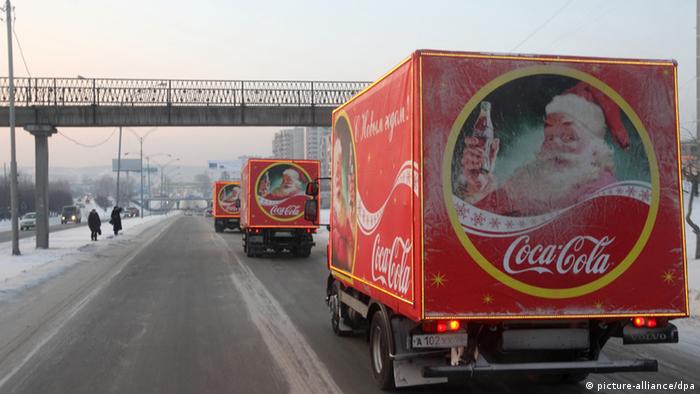 No, it wasn't an American soda maker who invented Santa Claus. The basis for the Santa Claus figure is St. Nicholas, who was Bishop of Myra in what is now southern Turkey in the 4th century and around whom there are numerous legends. His bishop figure was secularized in the 19th century and her liturgical vestment including miter was depicted as a coat and pointed cap.

But since the Protestants rejected the veneration of saints - and thus also the veneration of St. Nicholas - the Christ Child came into the center of attention with the Reformation. In future, the Christ Child would bring the presents - at least in southern and western Europe. In Northern and Eastern Europe, on the other hand, Nikolaus and Knecht Ruprecht kept the task. In the course of time, the angelic Christ Child became independent and the relationship to Jesus became more and more diffuse.

Santa Claus was given his characteristic appearance by the German-American draftsman Thomas Nast, who in 1863 depicted a gentle, plump Santa Claus in a red coat with a long beard and a reindeer sleigh in Harper's Weekly magazine. Nast was guided by the Palatine "Belzenickel", a fur-wearing Christmas figure from the 19th century that he knew from childhood. When he was later to color the drawing, he chose the colors red and white.

The Swedish graphic artist Haddon Sundblom also adopted this representation in 1931 for a Coca-Cola advertising campaign that lasted until 1966. The US lemonade manufacturer has played a key role in shaping the image of Santa Claus. 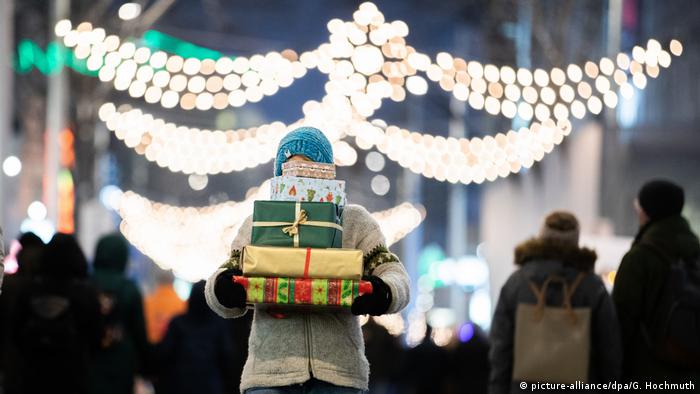 The search for suitable gifts often determines the Christmas season

When are there presents now?

The time when the presents are given varies from country to country. Originally, the children were given gifts on the day of St. Nicholas, December 6th. After the Reformation, the giving of presents was moved to Christmas Eve in Protestant regions, as the Protestants rejected the veneration of saints and did not celebrate their name days.

In the past, gifts were given in Germany at midnight on the night of December 24th to 25th, after Christmas mass. Because the little ones weren't necessarily allowed to stay up until midnight, the giving of presents was brought forward to the early evening.

In the USA and Great Britain it is still customary for Santa Claus or Father Christmas to bring the presents through the fireplace at midnight and for the children to be allowed to open them on the morning of Christmas Day.

In Spain and parts of Italy, gifts are only opened on January 6th, Epiphany. According to the Bible, after all, the wise men from the East brought gifts with them to the newly born Jesus. But unlike in Spain, in Italy it is not Santa Claus or the Christ Child who brings the presents, but the witch Befana.

And something else has fundamentally changed: Originally, only children were given presents, and it is only recently that adults have been given gifts.

Why are we putting up a Christmas tree for Christmas?

No, a Christmas tree is not mentioned in the Bible either. There is no historically verifiable beginning for this custom, but in many cultures fresh trees or plants were brought into the home because they embodied health and fertility. At the winter solstice, for example, the "Heiden" Wintermaien took them into their home. Early Christians were all too happy to adopt this cult.

The first Christmas trees were not erected until the 15th century. News about the Christmas tree has been increasing since the first half of the 18th century. The custom had spread across Europe through the nobility. No Christmas without a glowing Christmas tree. But that was not always so

The Reformation made the Christmas tree a Christmas symbol for Protestants, while Catholics continued to only gather around the crib. It was not until the beginning of the 19th century, after the wars of freedom against Napoleon, that the glowing tree stood in the living rooms across all denominations.

However, at first only the upper classes could afford a Christmas tree, because fir trees were originally rather rare in Central Europe. The common citizens and especially the townspeople had to be content with branches. This only changed when, from the second half of the 19th century, more and more fir and spruce forests were planted to cover urban needs.

European emigrants also brought the custom to the New World. It is documented that the German-born Harvard professor Karl Follen was the first to set up a Christmas tree in his home in Massachusetts in 1832, thus introducing the custom in New England. In 1891 a "Christmas tree" stood in front of the White House in Washington for the first time.