How are stones used in construction

Areas of application of natural stones 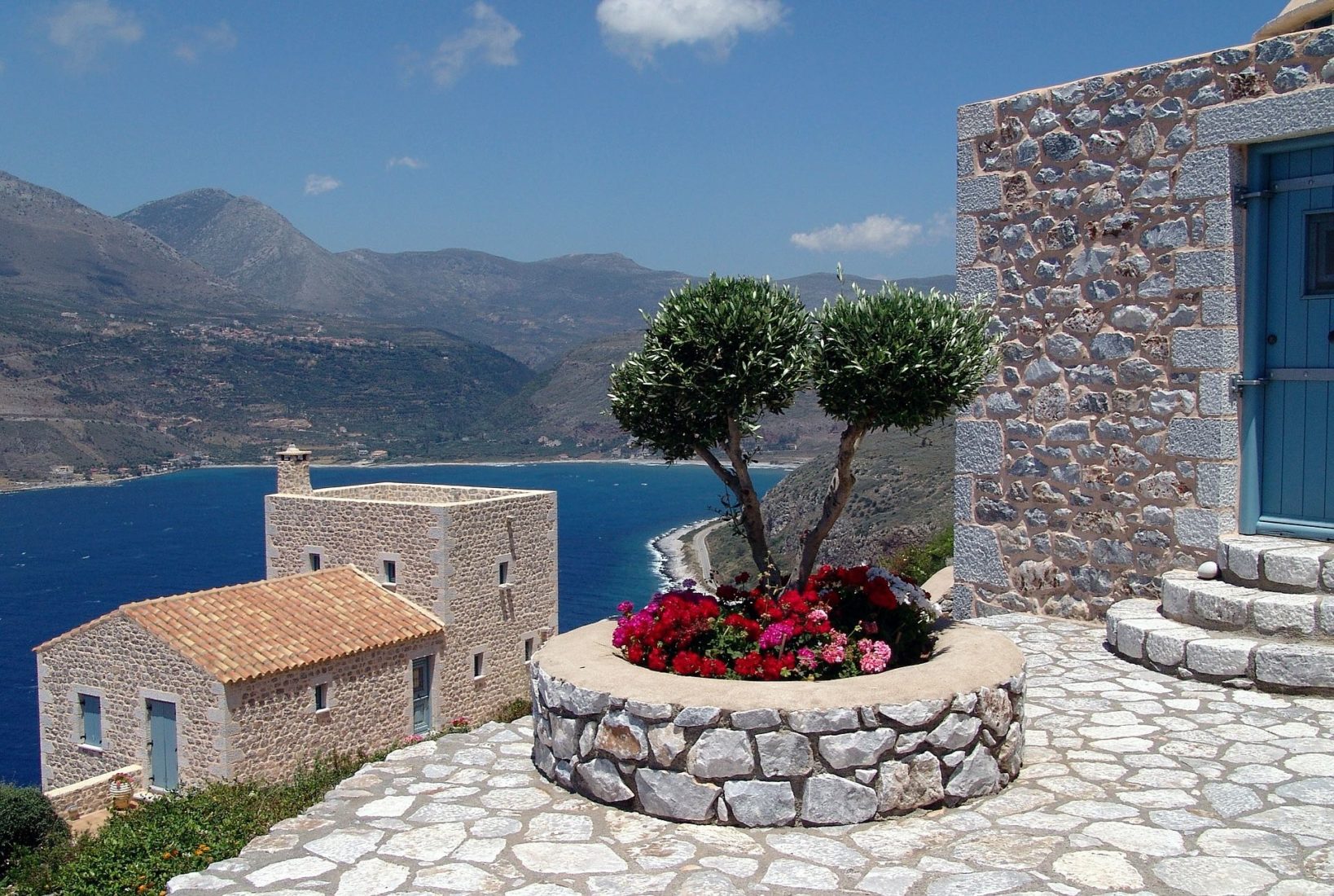 Greek idyll: natural stones in the terrace, flower bed and stair area as well as on the facade. Photo: Pixabay

Natural stones in the garden are a classic: for paving paths and terraces as well as for building walls or for edging plant beds. But not only outdoors, but also indoors, there are numerous possible uses for the most natural of all building materials that our earth produced by itself billions of years ago.

Classic in the garden

Raw, largely unprocessed natural stones look particularly good in the garden. Not only because they optically fit perfectly into the small piece of self-created “nature” that people like to create around their dwellings, but also because the stones that the earth itself “hatched” are so durable and indestructible. They are mainly used as paving stones and as edging material for flower beds. Natural stone slabs, such as those used in terrace construction, on the other hand, are products that have already been processed to a greater extent. Above all, they are more dimensionally stable than rough stones for paths and beds.

While artificial concrete blocks lose their visual appeal over time, robust natural stones tend to become even more beautiful with increasing age and despite permanent weather influences outdoors. Since they consist of the same material through and through and not only have a thin visible surface, real natural stones can also be sanded down again and again.

However, not all types of natural stone are suitable for outdoor use. Weather-resistant and, above all, frost-resistant stones such as granite and basalt, which have a relatively dense surface and therefore only absorb small amounts of water, are ideal. On the other hand, some particularly fine natural stones such as marble are completely unsuitable for laying outdoors because they absorb far too much moisture and tend to discolour very quickly.

A classic area of ​​application of natural stones in the garden is also the construction of dry stone walls. These are built without any mortar by simply laying the stones loosely on top of one another. The dry construction method is mainly used today for retaining walls for slopes and embankments, but in earlier times free-standing dry stone walls were also often built. Of course, natural stone walls can also be built in a bonded construction with mortar.

In earlier times, not only garden walls, but also entire building walls were built from natural stone. Just think of the many old castles, churches and town halls, which were often built from sandstone, for example. Since there have been industrially produced, dimensionally accurate masonry stones (bricks, sand-lime bricks, lightweight concrete, aerated concrete), this complex and cost-intensive historical construction method has practically no longer played a role.

In the area of ​​the building's outer wall, natural stones are almost only found today as facing bricks for curtain-type, rear-ventilated facades or as straps that are glued directly to the back wall. The most frequently used natural stone material in the facade area is certainly slate. This sedimentary rock also plays a major role in the roofing.

Natural stones also have a long tradition in road construction. Paved pavements composed of individual stones existed long before the modern, much more even pavements made of asphalt or concrete began their triumphant advance. The old natural stone "bumpy slopes" can only be found today where they are preserved for reasons of monument protection or in traffic-calmed areas or in squares and pedestrian zones. In these areas, too, they have now been mostly replaced by more cost-effective and more accurate concrete or clinker bricks.

Even if many people associate natural stone with the outdoors first and foremost, there are also many possible uses indoors. The only difference is that there are normally no unprocessed stones used here, as you can find them directly in nature. Natural stone tiles consist of the natural stone material, but at the same time they are industrially shaped, dimensionally stable coverings with a special surface treatment. For example, they are polished, tumbled, ground or brushed.

Natural stone tiles are considered to be particularly high-quality coverings for floors and walls. Those who can afford it or want to use it, for example, in the bathroom, kitchen and hallway, or for living areas and stairs. The marble bathroom has become almost proverbial for luxury. This noble natural stone for indoor use is not only beautiful, but also very sensitive. In order to avoid damage and unsightly discoloration or deformation of the paving, you should therefore only use special installation and care materials that are tailored to the material. Further information on this topic can be found in our article "Laying natural stone: How can damage be avoided?".

Not just for floors and walls 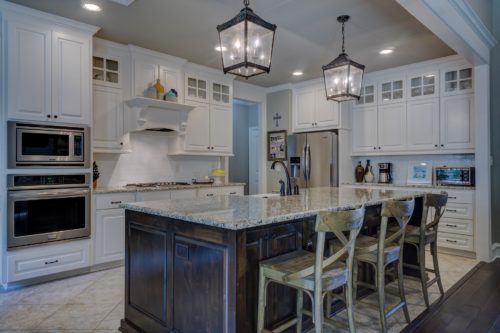 Kitchen with work surfaces made of natural stone. Photo: Pixabay

Tiles or slabs made of natural stone are used indoors but not only for floors and walls. They are also used to coat window sills or furniture such as tables. In the living area they are used to clad fireplaces, in the bathroom as a storage space for the washbasin, in the kitchen as a worktop, and in the wellness area they can be found, for example, on bench seats and around whirlpools. Wherever it is used, the natural stone look and feel ensures a noble and high-quality ambience that conveys a touch of luxury.