What are the specialties of Cuba

If you haven't been to Cuba yourself, you usually don't really know what to expect from Cuban cuisine. That's why today we're going to show you the top 6 dishes in Cuba and go into the special features of this exotic cuisine.

The Cuban cuisine, which is also called Creole cuisine, combines African, Caribbean, Spanish and Asian cuisine. But why is that?

The Spanish conquerors, the African slaves, the Caribbean neighbors and the Asian immigrants have exerted their influence on the local cuisine and contributed a great deal to Cuban recipes. And it is just as diverse as it sounds! You could call it a sizzling cauldron of mixed flavors. It contains cassava, sweet potatoes, tubers, exotic fruits, pork, rice, plantains and a cooked tomato sauce with onions, bay leaves and spices. 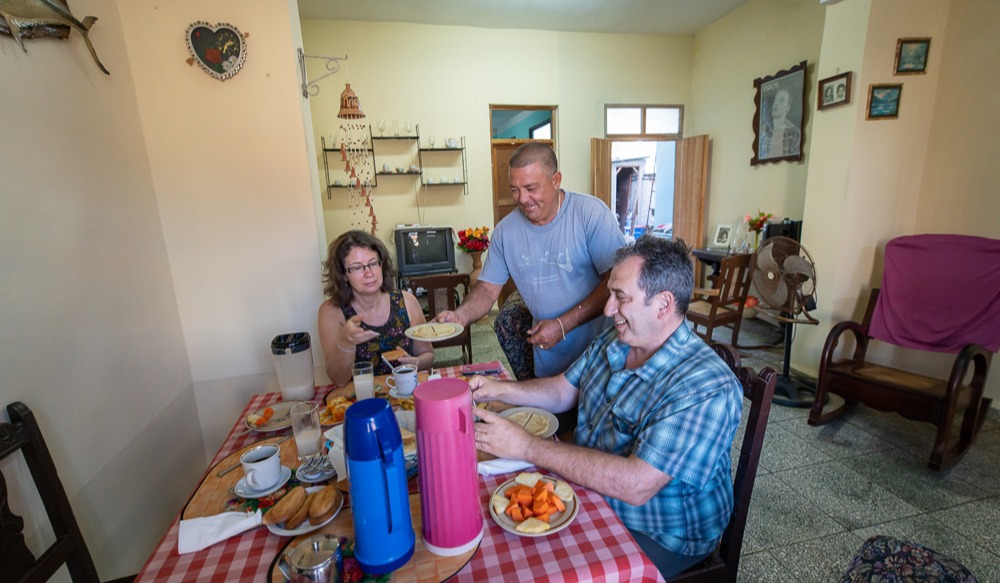 Before we talk about our favorite dishes, here are a few general facts about Cuba food culture that everyone should know:

Cubans especially like to eat meat, which is due to the fact that a food crisis last occurred in the early 1990s. Cubans have used every opportunity to get protein, so meat has become an established part of their diet. In the tourism industry in particular, however, there is a rethinking, which makes it a little easier to find vegetarian dishes. This is what a delicious breakfast in Cuba looks like! Source: Ventura

When it comes to drinks, Cubans like it strong! It doesn't matter whether it's coffee or alcohol. The motto here is: the more the better!

Cuba Libre is one of the national drinks and was introduced by American soldiers after the Spanish-American War. From that moment on, it counted as the drink of freedom. This, too, is usually a lot stronger than we are used to here in Germany. But still an absolute must for anyone visiting Cuba.

Drink 'guarapo', the typical sugar cane juice that you can find in small stalls on the side of the road. It's excellent, try it! Its version with rum is called 'guararon'.

Also make sure not to drink tap water, but rather to get drinking water from small shops. 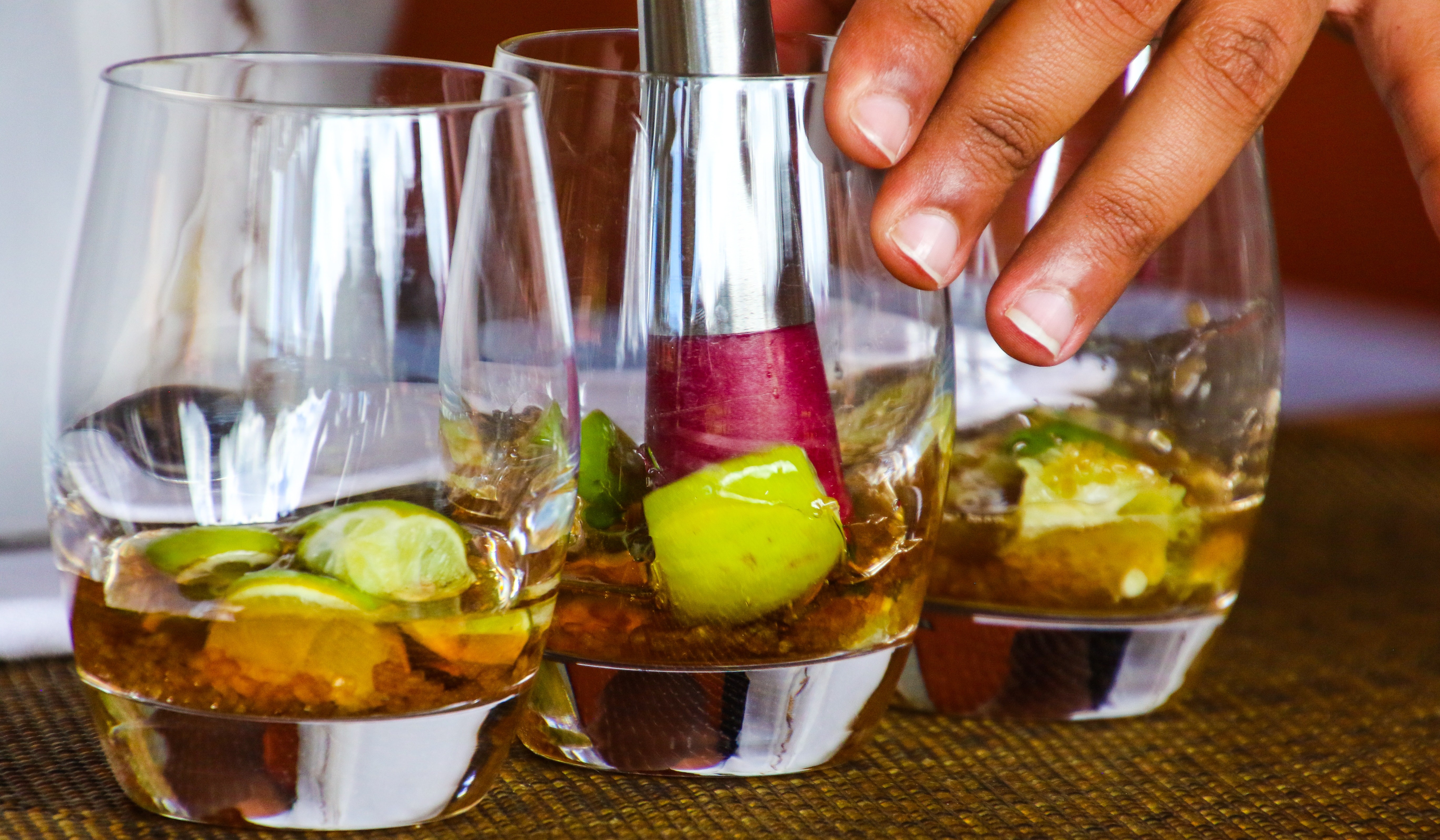 Now let's move on to our favorite dishes all over Cuba!

As 'Arroz Congrí', red beans with rice are called, they have their origin in the Spanish-speaking Caribbean islands. There the red beans were more common than the blacks. If the rice is prepared with black beans, the dish is called 'Morros Y Cristianos'. The black beans originally come from Africa and can now be found in Puerto Rico, the Dominican Republic and also in Cuba. 'Moros y Cristianos' literally means "Moors and Christians". The black beans would represent the dark skin of the Moors and the rice the light skin of the Christians.

This Cuban specialty is often served with traditional dishes or as a 'congri' with red beans and meat. 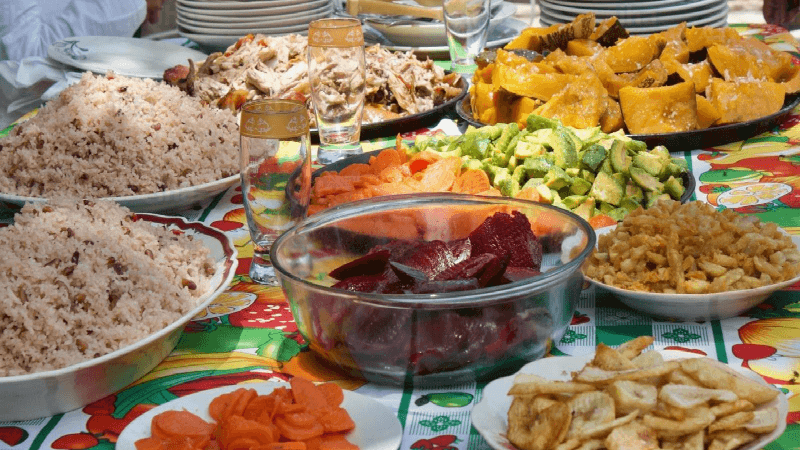 This is what a typical buffet in Cuba looks like. Source: Ventura

Yuca, also known as cassava, is an important crop in Cuba and is served as a side dish with many dishes. You could probably compare it to a potato because its taste is relatively neutral. That is why yuca is usually served with mojo. Mojo is a sauce made from onions, garlic, oil and a dash of lime juice. Both tastes delicious together! Have you gotten a taste for it yet? 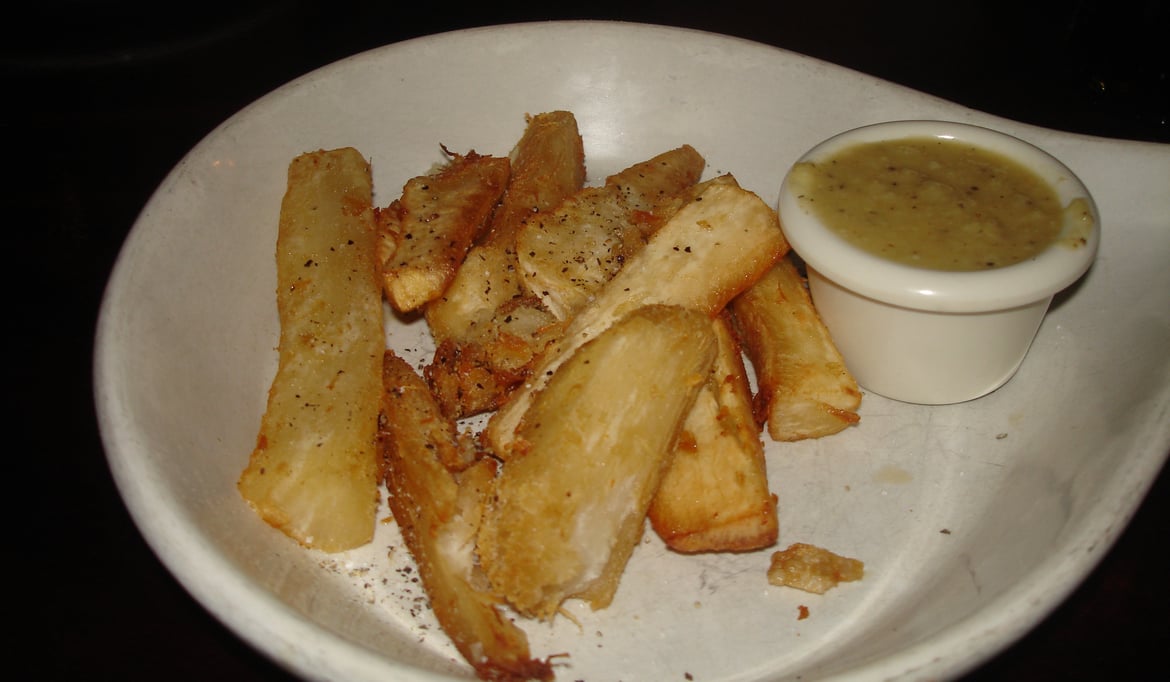 Strange isn't it? Crocodile meat is the real specialty of the Cubans and is very widespread on the island. If you really want to try the crocodile meat, you can try it in Guama, in the very south of Cuba, or at Playa Giron, towards the west of the center.

The taste is comparable to that of veal. Especially cooked with spicy pineapple, it tastes great. Would you dare to try it? 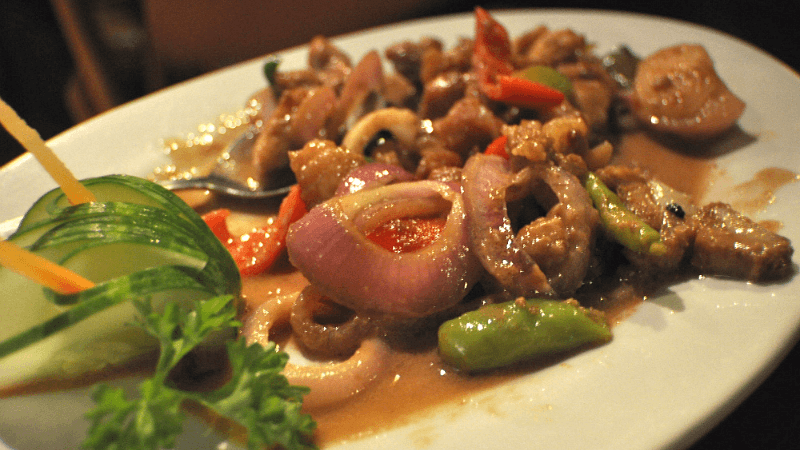 This is how crocodile meat looks prepared - Source: Flickr

The national dish of Cuba means something like 'old clothes'. The name comes from the fact that the meat is cooked until it practically falls apart by itself.

Beef is shredded into long strands, cooked for hours in a broth and seasoned with Cuban flavors. 'Ropa Vieja' has been served as a traditional Sephardic dish on special occasions since the Middle Ages. It's easy to find in restaurants on the island even today. It is usually served with olives, peppers and rice. 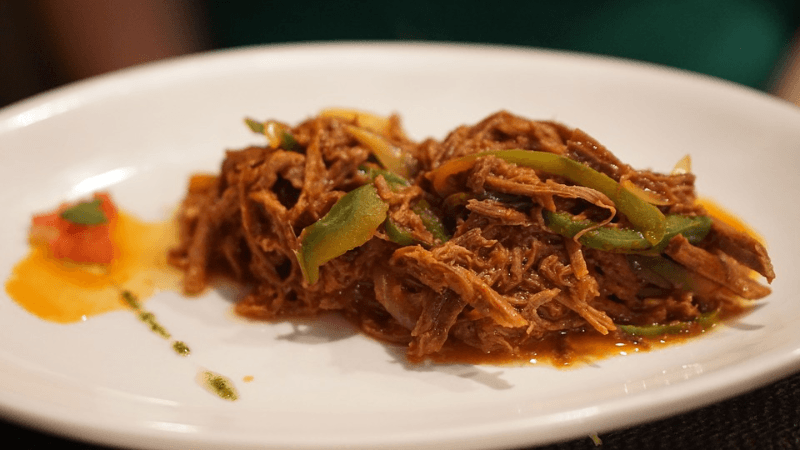 A little tour to the seaside of Cuba! Incidentally, lobsters are not lobsters here, but lobsters. In terms of taste, however, these are by no means inferior to the lobsters. Cubans were not always allowed to keep lobsters. Because these were reserved for export to other countries and for state restaurants.

Today, however, in most restaurants you can find lobster grilled with a garlic sauce or a squeeze of lemon juice. Often they are also served with a chilli or paprika sauce, simply delicious!

The 'cangrejo', or crab, is abundant on the island's streets, but despite this it is difficult to find, with few restaurants offering it.

My tip: go to the middle of the island, to Caibarien. There it is the specialty of the Villa Clara province. 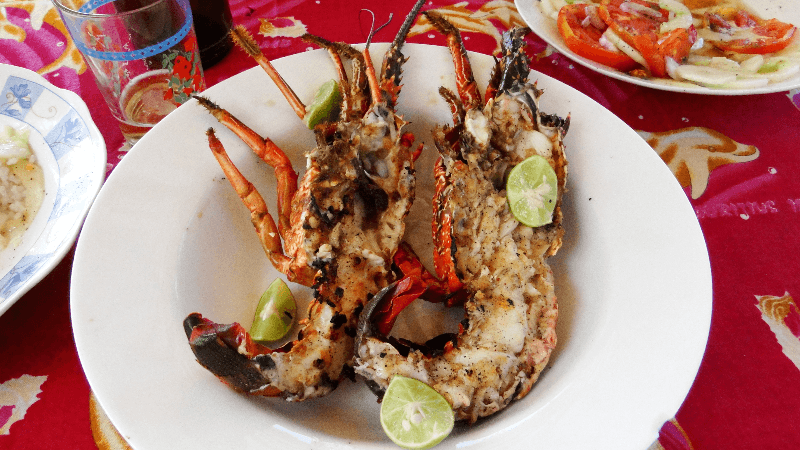 In both cases it is a plantain. However, green plantains are used for 'tostones'. These are fried twice and then served crispy as a side dish or as a snack in between and are rather hearty. 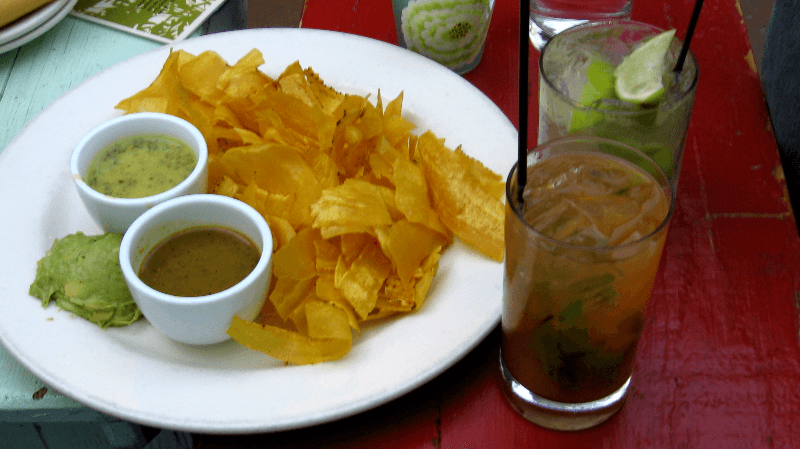 What is your favorite dish from Cuba and what do you not like at all? Please let us know in the comments.

If you would like to find out more about Cuba, take a look here, for example: The most beautiful beaches in Cuba.