As Nepal was called, it used to be called

The Lohan Chowk belongs to the Royal Palace of Kathmandu and forms within the complex overall structure with a total of ten inner courtyards, the southeast corner of the complex with a magnificent facade to Durbar Square in front of it. The Lohan Chowk is also known by the alternative names Lvahan Cuka, Basantapur Chowk, Tejarat Chowk, Nautale Durbar and Vilas Mandir. It is a four-wing complex in classic Newar architecture with brickwork and embedded wooden structures with four towers at the corners.

All four towers have names: The octagonal northeast tower is known as Bhaktapur Bhavan (Bhaktapur Tower, Lakshmi Bilas). The tallest tower is the nine-storey Basantapur Bhavan (Basantapur Tower, Nautale Durbar, Sal Dalla Durbar, Nautale Bhavan, Vasantapur Durbar) built on a square ground plan on the southwest corner with a total of four cantilevered roofs. It is so big that most of it stands next to the four-wing complex of the Lohan Chowk and only about a quarter extends into its base square. Only the Taleju Temple is higher. Theoretically, from the Basantapur Bhavan you have a fantastic view of the mountains - but this is usually made impossible by the air pollution over Kathmandu. The domed Kirtipur Bhavan (Kirtipur Tower) forms the northwest corner, and the Lalitpur Bhavan (Lalitpur Tower, Patan Tower, Bilas Mandir) stands at the southeast corner.

The towers thus bear the names of the most important royal cities in the Kathmandu valley. Kirtipur, today located on the southern outskirts of Kathmandu, was part of the Kingdom of Lalitpur until 1767. King Prithvi Narayan Shah from Gorkha, who united the numerous small principalities and founded the state of Nepal, conquered the city and incorporated both Patan and Kirtipur into the Kingdom of Nepal in 1768. Kathmandu, which used to be called Kantipur, is also meant by the name Basantapur, which literally means "place of spring".

After the Thakuri kings, the Malla family came to the throne and ruled an undivided empire until the end of the 15th century. Thereafter, three parallel kingdoms emerged under the Malla kings, each in Kantipur and Kathmandu, in Bhaktapur and Bhadgaun and in Patan and Lalitpur. The last kings from these dynasties were Jyoti Prakash Malla (1746-1750) in Kathmandu, Tej Narasimha Malla (1765-1768) in Patan and Ranajit Malla (1722-1769) in Bhaktapur. The partial kingdoms were reunited and merged to form the Kingdom of Nepal under Prithvi Narayan Shah Dev (1743-1775), who founded the Shah dynasty, which ruled until 2008.

The Kingdom of Nepal and with it the Shah dynasty went under furiously: under Birendra Bir Bikram Shah Dev (1972-2001) everything was still normal. At first he ruled autocratically; it was not until 1990 that Nepal was converted into a constitutional monarchy. But Crown Prince Dipendra Bir Bikram Shah Dev, who was named Crown Prince in 1972 and raised in Eton, went crazy in 2001: after a dispute over his marriage over dinner, he shot almost the entire royal family, his father, King Birendra, his mother, Queen Aishwarya Rajya Lakshmi, his siblings Prince Nirajan and Princess Shruti, his aunts, Princess Shanti and Princess Sharada, a cousin of the king, Princess Jayanti, and the consort of Princess Sharada, Kumar Khadga. His uncle, Prince Dhirendra, died a little later from his injuries. Other relatives were seriously injured. After the massacre, Crown Prince Dipendra turned the weapon against himself, but only died later, so that he was considered King of Nepal for three days after all, because despite the urgent suspicion and his injuries (he had been in a coma since the massacre) he was killed on 2.6.2001 proclaimed the new king - so he became the three-day king. A spicy detail: Dipendra was the recipient of the Federal Cross of Merit at the Grand Cross level.

The new and this time the very last King of Nepal was Gyanendra Bir Bikram Shah Dev (2001-2008), who had previously sat on the throne, namely 1950-1951 for two months; He was three years old at the time and his grandfather had fled to India because of political tension. He is the younger brother of King Birendra and the murderer's uncle; fortunately he was not present at the murderous meal. Other voices accused him of being the man behind the murders in order to come to the throne, because the people doubted the official course of events, although the perpetration of Dipendra is documented by eyewitnesses.

His government was unhappy and was marked by the fight against communist-Marxist currents, a fight that he ultimately lost. Since 1996, when his brother was still in government, there were problems with the Maoists in the country, who are fighting against the Hindu caste system and against the royal family and would prefer to introduce Stone Age communism in the style of the old Eastern Bloc. In 2005 Gyanendra dismissed the government that was not only incompetent in his view and headed an emergency cabinet himself. That was two weeks of bloody unrest. That was the beginning of the end, and it was a self-inflicted departure: Because actually he would have had every chance in 2001, because the people just wanted stability. But the king and parties were unable to pull together, even though they all needed each other. With the dissolution of parliament and the dismissal of the government, Gyanendra created an alliance of convenience between parties and Maoists and isolated himself. By claiming more power for himself, he himself endangered the institution of a constitutional monarch. And by his unpopular approach, he welded his enemies together. Inevitably, Gyanendra had to reinstate parliament and hand power back to the prime minister. The problem was also that, as the army commander in chief, he was responsible for those who died in the protests. The government reciprocated by nationalizing the royal family's property in 2007. In 2008, under the influence of the Maoist leader Prachanda, the parliament decided to abolish the monarchy, transform it into a republic and expel the royal family from the palace in Kathmandu. Since then, the building has been a museum; the visitor can see the Nassal Chowk and the Lohan Chowk. And after kingship has been abolished, parties and Maoists are now falling apart and blocking reason and progress; as it has been for a long time in this country, the population is left to fend for themselves.

The Lohan Chowk was built around 1770 ff. Under Prithvi Narayan Shah Dev (1743-1775) and renovated in 1980. The Lohan Chowk was badly damaged in the devastating earthquake of 2015: The largest and most beautiful of the four towers on the southwest corner in the upper part, which dominates the square, collapsed completely; everything below the second roof was still upright, but showing signs of damage. The two upper floors and their roofs have completely turned to rubble. The Bhaktapur Tower and the Kirtipur Tower were partially damaged. The building adjoining Lohan Chowk to the west lost its entire front. Renovations are in progress. 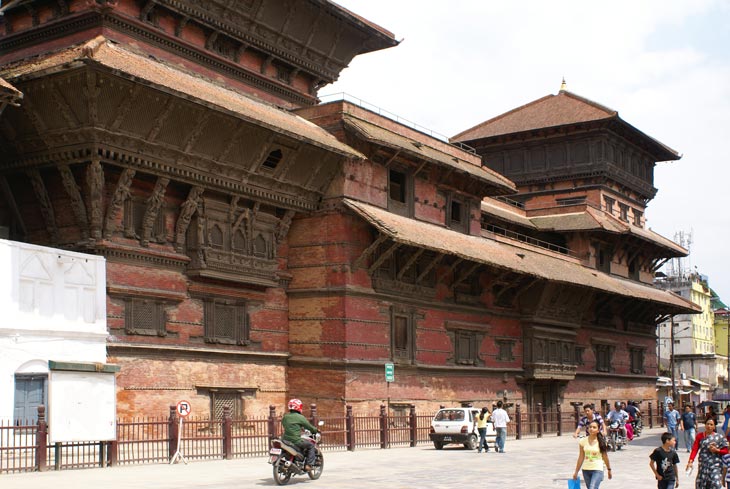 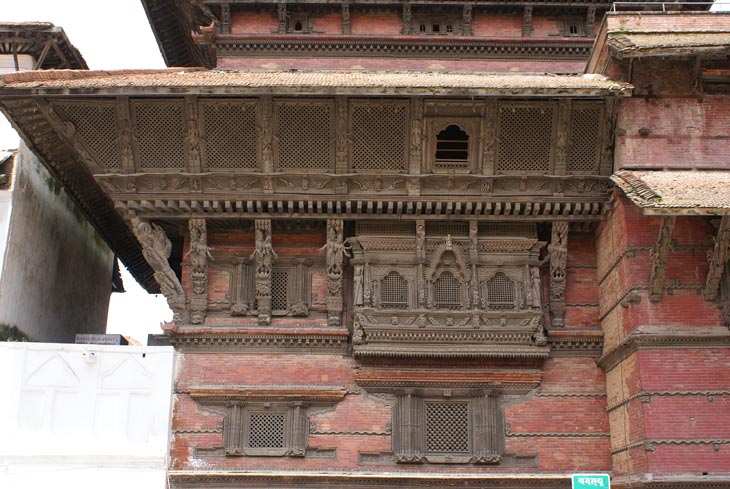 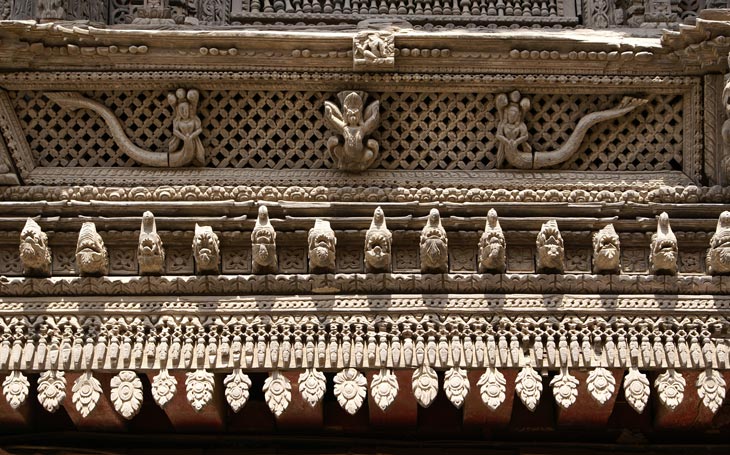 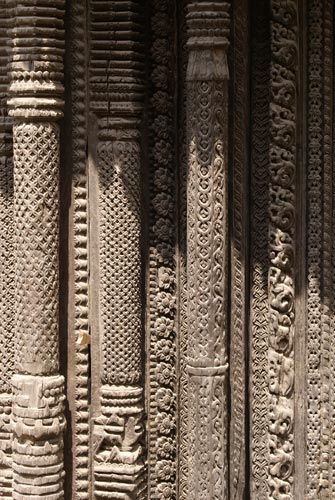 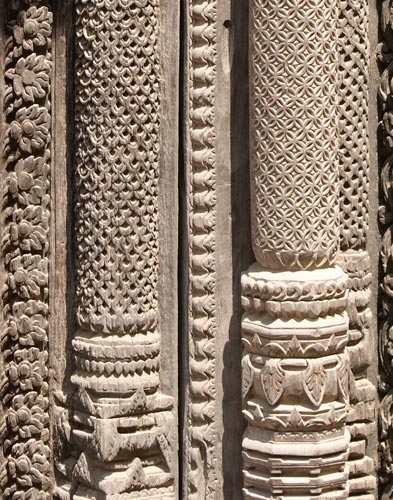 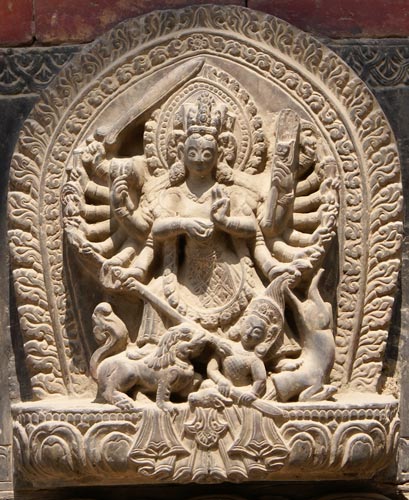 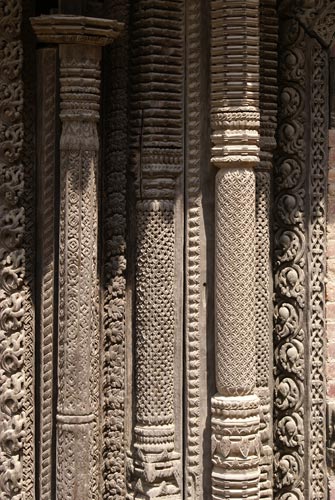 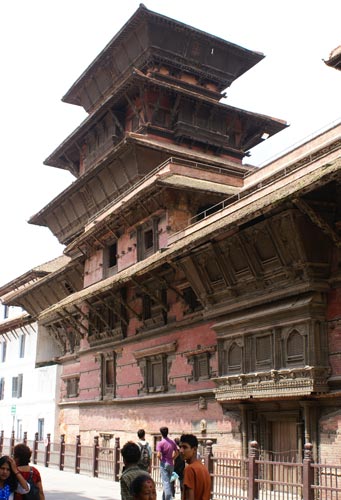 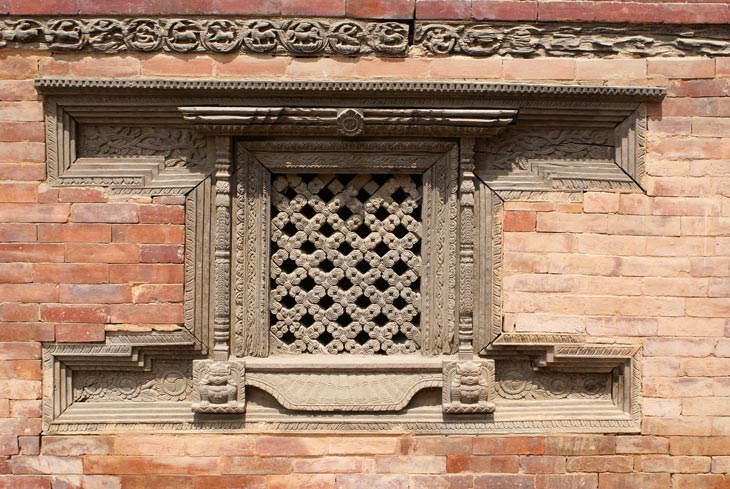 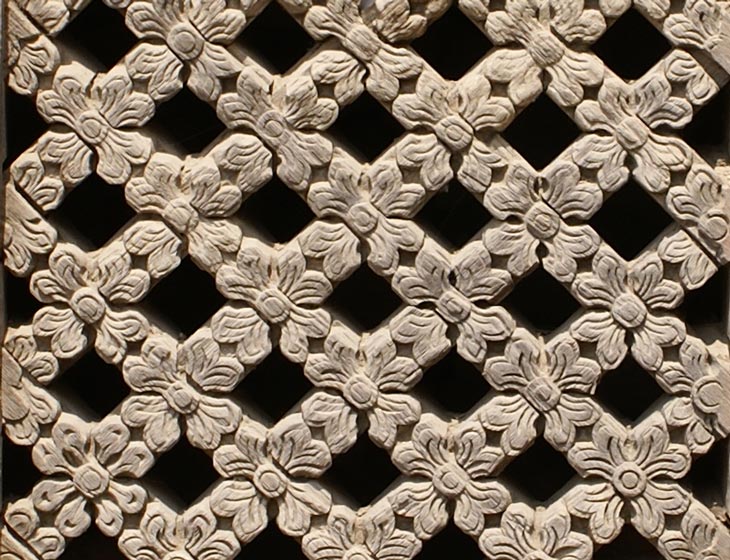 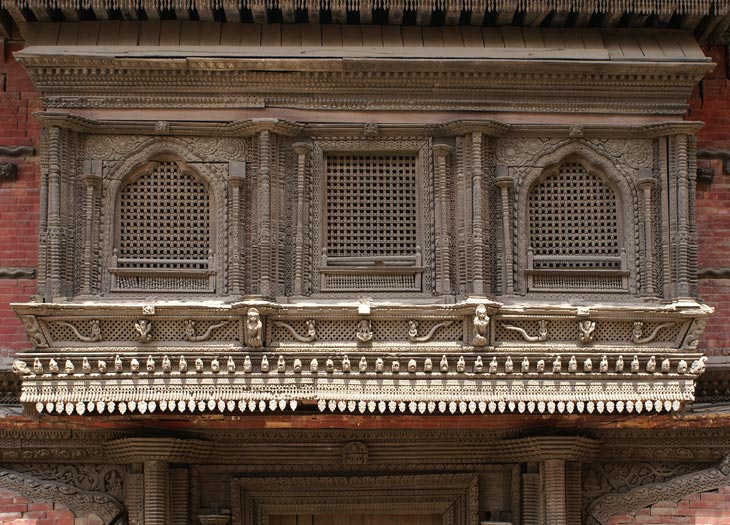 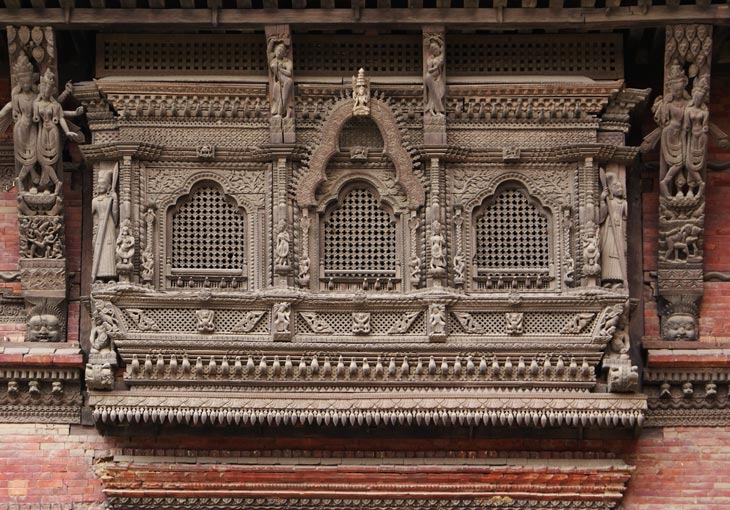 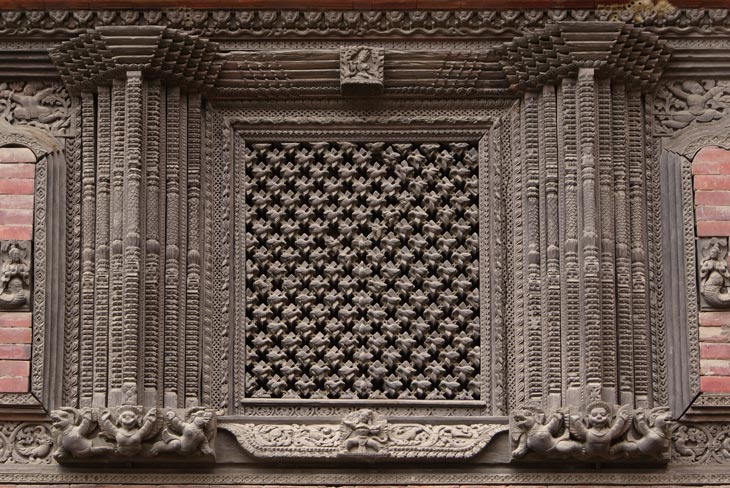 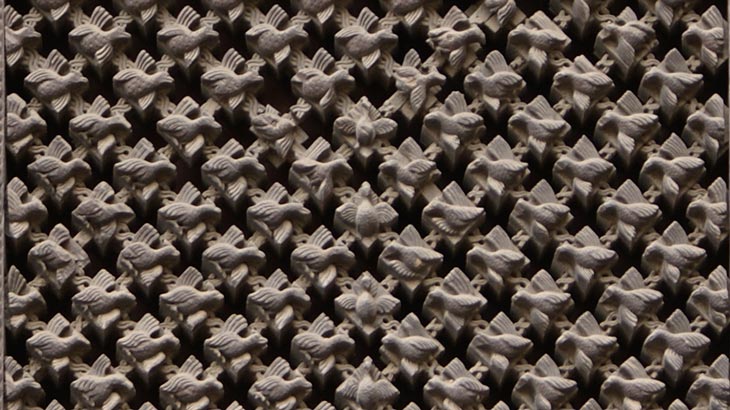 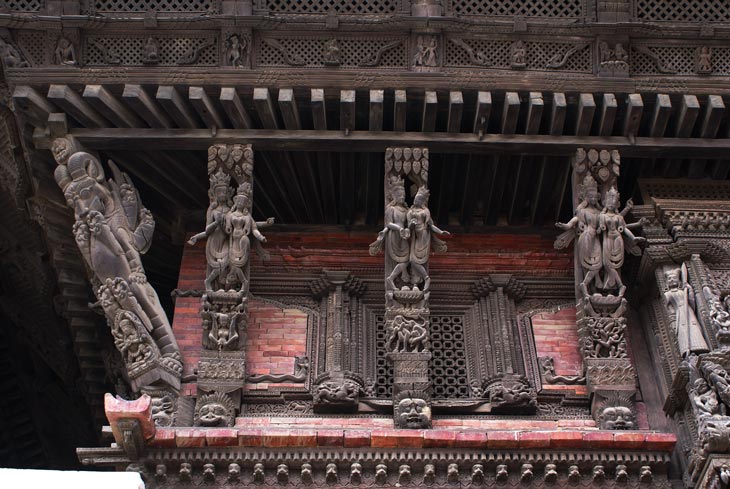 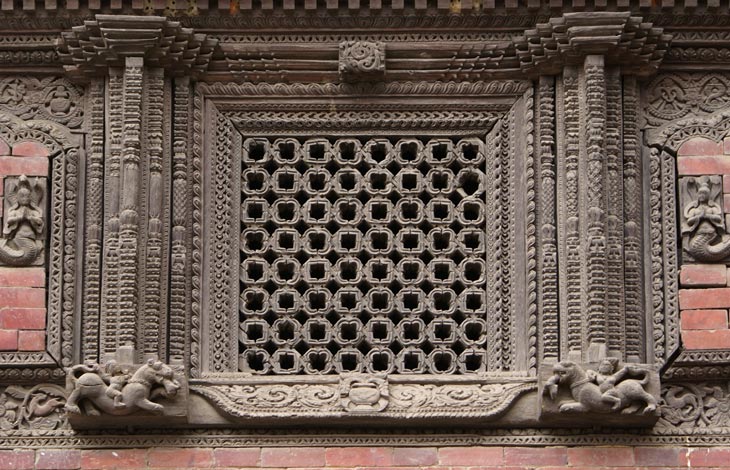 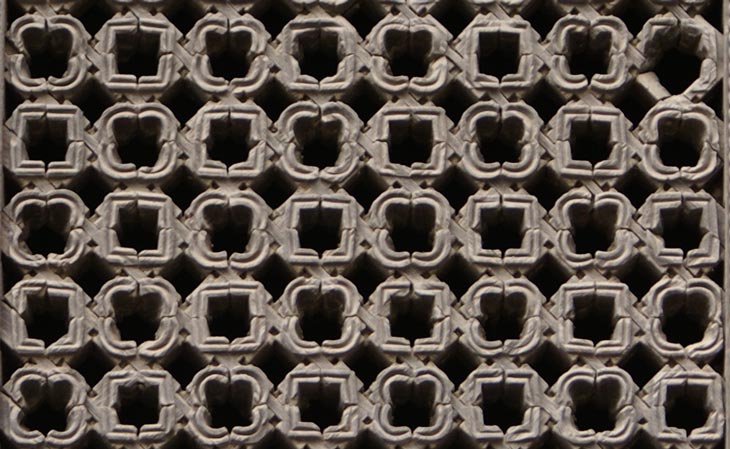 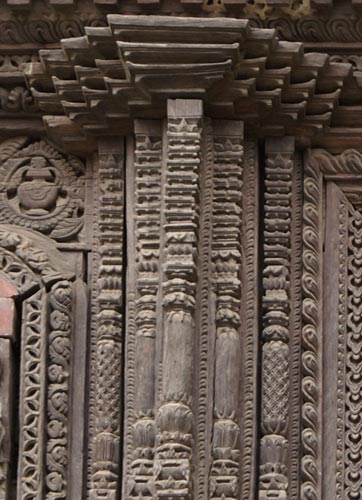 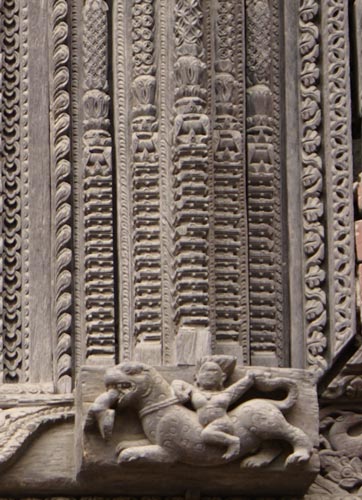 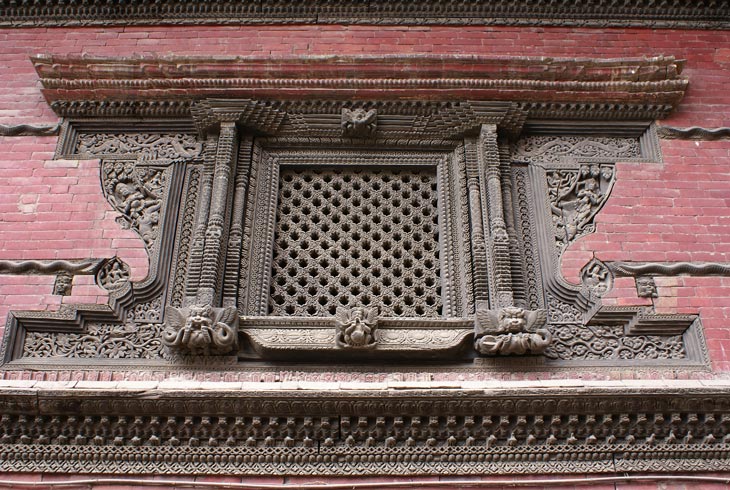