Sometimes a simple nudge is enough and we find our true calling. For Kumar Varoon Agrawal, the impetus came from a university professor. "I was in the first year of my bachelor's degree at the Indian Institute of Technology (IIT) Bombay, and during an introductory chemical engineering course my professor said, 'There is nothing in this world that cannot be scientifically solved by chemical engineering." No matter what medium it is - be it air, water, electronics or even space - if you understand the principles of this industry, you can be involved in an infinite number of things and solve all sorts of problems. " This prospect was enough to spark Agrawal's love affair with chemical engineering.

His earlier decision to embark on a career in engineering came as no surprise, however. “I've always enjoyed tinkering and exploring how things work. As a child, I always dismantled my toys and then repaired them - to the great misery of my parents. For example, I remember spending a lot of time tinkering with electrical wiring. A bit like some of the activities on offer at EPFL's Scientastic Festival, ”he says. Given that his father is a mechanical engineer and his brother and cousin are engineering students, Agrawal is simply continuing a family tradition.

Chemistry in the kitchen

After graduating, Agrawal worked for three years as an R&D engineer at Procter & Gamble in Japan, including in the area of ​​shampoo design. That was also when he started cooking. “I didn't speak Japanese at the time, and since I was a vegetarian, I couldn't find any food that suited me. So I had to start cooking for myself. " What started out as a basic need quickly turned into a hobby.

Agrawal found that combining ingredients and adjusting cooking times and temperatures is similar to what happens in the laboratory. “I've struggled to make my pizza recipe better, mainly because I was using healthier flours, which makes making a good pizza dough a challenge. The goal is to make large air bubbles in the dough so that you get a well-puffed crust. I've thought about it and tried different things, ”he says. Now he has perfected his pizza recipe, but the real satisfaction has come through the process of research and continuous improvement. “I'm trying to bake my own bread now, but I have to admit that I still have a lot of room for improvement,” he adds. 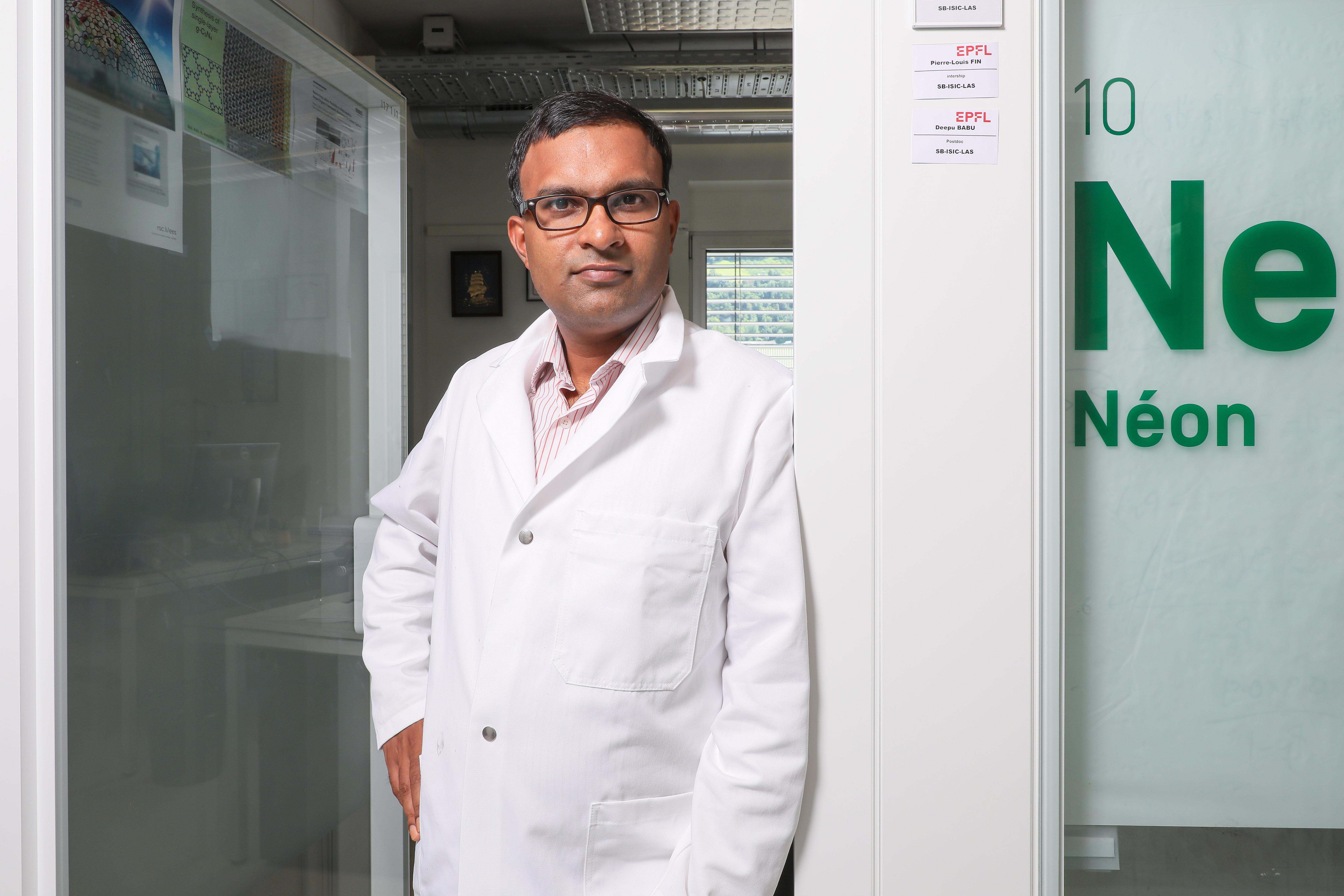 In his laboratory in Sion, Agrawal is working on a completely different type of R&D: the development of molecular separation systems for industrial product flows. When chemicals are manufactured in a facility, the resulting product stream is seldom pure. It usually contains a mixture of compounds that are similar because they come from the same reagents. And it takes a lot of energy to break these connections - around 40 to 80% of the total energy used in the process. Agrawal's membranes facilitate the separation step by filtering individual molecules according to shape and size.

His team is currently working on a membrane especially for the CO2-Deposition. You have developed a laboratory-scale model that will soon be tested on an industrial scale. “We received funding from industry and the Valais government to work on this project. In a time of climate change and the reduction targets for carbon emissions, I am proud to be able to help solve a problem that is so important to society, "says Agrawal," that motivates me enormously. "