Is God male or female 2

Gender-appropriate language - The God? The god? That god?

Open the box Close the box

The Episcopal Church is an independent church that occupies a middle position between Catholicism and Protestantism. The Episcopal Church celebrates Mass and has retained the tripartite office - consisting of bishop, priest, and deacon. It is therefore closer to the Roman Catholic Church than to the Protestant Church.

The Swedish Church has been addressing God in a gender-neutral way since Pentecost this year. Is that fair or outrage? And what is Switzerland's position on the subject? A conversation with theologian Judith Wipfler. 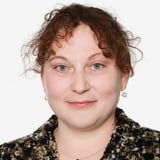 Judith Wipfler is a Reformed theologian and has been the team leader of the specialist religion department at Radio SRF since 2014. She has been a member of the editorial team since 2000.

SRF: What is the problem with calling God not only “he” but also “she” - when all the churches agree that God is neither male nor female?

Female images of God have meanwhile become commonplace: In prayers, not only “father” but also “mother” is often said.

Feminine images of God have been filled up by the patriarchal structure of the churches.

There are already female images of God in the Bible: The First Testament, for example, deals with God as a woman giving birth or a mother who is breastfeeding.

These images have been filled in by the patriarchal structure of the churches. Woman and man want to bring them out again. With Jesus Christ, however, you can't get over the fact that he was a man. (laughs)

In Sweden the Evangelical Lutheran Church has abolished the term "God the Father" - with the exception of "Our Father". Why?

It is the prayer of Jesus. A fairly well-transmitted text and almost the only one that is prayed in this way by Christians all over the world - regardless of whether they are Orthodox, Catholic, Protestant, etc. Ecumenism plays an important role here: we should be able to pray together.

Are efforts to achieve gender-appropriate language - as in Sweden - mainly in Reformed churches?

No, also in the Roman Catholic Church. If you go to a modern Catholic community, it can also be that the "Holy Spirit" is spoken of and not the "Holy Spirit". That has more to do with the north-south, or rather with the progressive west. This is then reflected in the churches.

The church in Sweden is organized hierarchically, so things can be enforced from top to bottom. This is not possible with the Swiss Reformed: each parish decides for itself. Or the pastor who is elected because he is progressive or not.

What about gender-equitable language in Swiss churches?

The problem has been recognized, however, and there is awareness. Gender-appropriate language is enshrined in the constitutions of the individual churches, including among Catholics.

In Switzerland, the problem has been recognized and awareness is raised.

The Federation of Swiss Protestant Churches recently issued a directive to the cantonal churches: Pay attention to gender-sensitive language. As blatant as with the Swedes - from today we will no longer speak of "him" - it will not be carried out.

Does that mean Switzerland is on the right track?

Unfortunately, there are always setbacks. For example, with the latest two Bible translations. As good as the New Zurich Bible and the standard translation are - linguistically, scientifically, historically: It again says "HERR", written in capital letters.

I was annoyed: It can't be that you're still doing it. It's so antiquated.

These translations are the texts that will be heard in worship and teaching for the next 50 years. That is the language that you can remember. That annoys me.

Especially since a German Bible in fair language came out in 2006, in which there is an alternation between “the Eternal”, “the Eternal” or “the Holy” and “the Holy”.

It is also discussed again and again whether to use the neuter as a neutral form. Would one thereby make God too reified, too small?

God is the great "you". To say "you" to a neuter is difficult. That's why I think that's awkward. But there is a basic consensus that God is beyond the sexes. Classical, conservative theologians would say that too. It's not a feminist idea.

With the feminist movement, however, the demand for gender-appropriate language came up. So the subject is not new, but old.

I remember when I was 14 years old I put a sticker on my school folder, that was in the late 1980s: "When God made man, she just practiced".

Then there were some discussions about it: "Do you really think that God is a woman?" That was and is not what it is about. The point is to understand that something is wrong when we speak of God in terms of male and female.

That was in the late 1980s. So the subject is not new, but it is still not resolved.