How has fast fashion affected society?

On April 24, 2013, a skyscraper collapsed in Sabhar, a suburb of the capital Dhaka, in which companies such as Benetton, KiK, El Corte Inglés and nine other fashion labels had textiles produced at dumping wages. The disaster, in which over eleven hundred people died, is the worst factory accident in the history of Bangladesh. 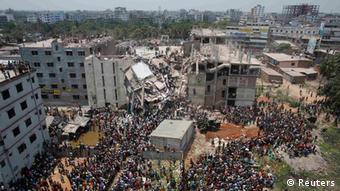 Factory accident at Rana Plaza: The eight-story building collapsed on April 24, 2013 at 9 a.m.

The images of the rubble became a symbol of the moral decline of a system that mass-produced cheap clothes. The textile industry then promised to improve production conditions. The photo series by the Slovenian Jost Franko now documents the journey of cheap clothes from the cotton fields to the pedestrian zones of the rich West.

Who is in charge?

It becomes clear that despite newly developed sustainability and social responsibility programs from "fast fashion" brands such as the Swedish clothing giant H&M, which calls Germany its largest European market, the production conditions in the industry have changed little. According to a recent study by New York University, 3425 inspections have been carried out in Bangladesh since October 2015, but only eight factories passed. 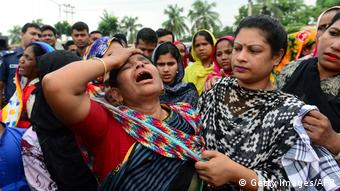 Relatives of victims of the disaster are traumatized to this day

The study suggests two reasons why the grievances would not be resolved. On the one hand, it is very expensive to make the buildings more secure, for example by improving the electrical system or moving to more suitable premises. The average renovation costs would amount to up to 322,000 euros per factory. The second reason is that the contracting brands see their suppliers responsible for paying for these expensive repairs.

Similar trends in the EU

Low wages, dangerous conditions, bad legislation, a lack of transparency in production lines and the fact that brands refuse to assume responsibility are not only characteristic of the industry in Bangladesh. Jost Franko's photo series "Cotton Black, Cotton Blue" (see picture gallery) shows that the errors are systemic. 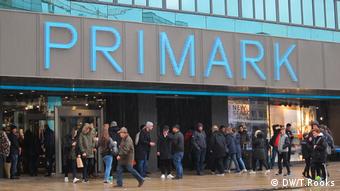 In 2015 and 2016, Franko visited Bangladesh and Burkina Faso as well as the EU country Romania. His experiences were similar. "The workers in the local clothing sector are one of the least paid workers in the European Union. Their wages are often lower than in the factories in China," he said in an interview with DW.

Cheap chains like Primark, Zara or H&M are not the only ones who are outsourcing their production. According to the "Wall Street Journal", around 20 percent of all Prada goods, the leading Italian luxury brand, are manufactured in China. Several lines from Burberry, Louis Vuitton and other expensive names are produced in Cambodia and Romania, among others.

Democracy with the stain of slavery

The phenomenon of inexpensive and readily available clothing, cynically referred to as the "democratization of fashion", is a social and environmental catastrophe. Low manufacturing costs in the third world have enabled consumers in rich countries to buy counterfeit designer clothes very cheaply. Overproduction is necessary for the constant pacification of demand - to the detriment of the workers in the low-wage countries. At the beginning of April this year, a factory in Karachi, Pakistan, burned down. Just two weeks later, an explosion in an illegal factory in Cambodia killed two people, the local newspaper Phnom Penh Post reported.

Mirror of our time 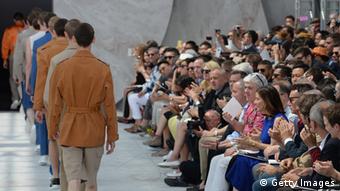 When German customers and tourists were asked on the Kurfürstendamm shopping street in Berlin whether they were aware of the conditions under which their newly purchased clothes were made, they all replied equally: "But I thought they had already solved that!"

The truth is, despite various promises, very little was done after the Rana Plaza disaster. However, that doesn't seem to have had a major impact on customer buying behavior. "The problem is the ever-increasing demand for fast fashion. This will never be sustainable, as its business model is based on the production of huge and very cheap quantities so that we can buy more clothes," said Livia Firth, founder and creative director of the brand consultant Eco Age, in a Business of Fashion survey.

Fashion is an integral part of the social, cultural and biological identity of our civilization. In the past few decades, clothing has been reduced to rags. The workers' lives that occupy the industry are as disposable as the collections that it brings out.

As a popular saying goes, fashion is indeed the mirror of our society.