What should I know about Macedonia 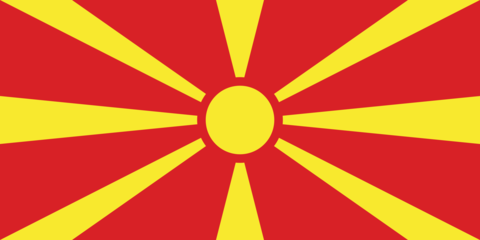 North Macedonia is located on the southern Balkan Peninsula. The country borders Serbia to the north, Kosovo to the northwest, Bulgaria to the east, Greece to the south and Albania to the west. North Macedonia does not have its own access to the sea. In summer it is very hot there, in winter it is cold and humid.

North Macedonia is a parliamentary democracy. Every four years the citizens elect members of parliament. The president is elected by the people for five years. Around half of the population lives in cities, a third in the capital Skopje. North Macedonia is prone to earthquakes. Skopje has been destroyed by earthquakes four times.

Dispute over the country name

The official name of the country is "Republic of North Macedonia". The country has only had this name since February 2019. The renaming was preceded by a long dispute with neighboring Greece, where there is also a region of Macedonia. In 2020 the EU decided to start accession negotiations with North Macedonia. Macedonia has been a candidate for membership since 2005, but further steps were blocked until recently by the name dispute with EU member Greece.

Revolt against the foreign rulers

The name Macedonia is very old and goes back to ancient Macedonia. In the 4th century BC From there, the young King Alexander the Great conquered a world empire, which quickly fell apart after his death. In the 6th century Slavs lived in what is now North Macedonia, until later the Bulgarians, Byzantium, Serbia and finally the Ottoman Empire took over. In 1903 there was a great uprising against the Ottomans, who come from what is now Turkey. After the end of the First World War, what is now North Macedonia formed part of the new state of Yugoslavia. It became independent on September 8, 1991 and joined the UN two years later.

Escape to a Better Future?

The wars of the past have left their mark. North Macedonia is less developed economically than most other European countries. Large parts of the population live in poverty and cannot find work. Population groups such as the Roma are not treated equally by the state. This means that people do not see a good future for themselves and their children in their country. Many are fleeing to other states and are hoping to be able to lead a better life there.

Since North Macedonia is very fertile, there is a lot of agriculture. For example, people grow grain, sugar beets, sunflowers and tobacco. In addition to the food industry, the textile industry is an important branch of the economy. Large parts of North Macedonia are overgrown with maquis. This is the name given to a landscape made up of many evergreen bushes and small trees. There are also beautiful lakes in North Macedonia. One of them, Lake Ohrid, is the oldest lake in Europe.

Many different peoples live together in North Macedonia. In addition to the Macedonians, this also includes the Albanians, Turks, Roma, Serbs and Bosniaks. Many different languages ​​are spoken in the country. The boys and girls have to go to primary school for nine years and then another four years to secondary school. They learn English from the first grade. Another very popular foreign language is German.