Where can I watch Japanese TV programs

But it is still very difficult to receive from Japanese TV channels, as you need a very large satellite dish (approx. 1.50m and more) and usually a C-band LNB.

But there is hope!

If you really want to receive Japanese television, then you shouldn't forget the names of the TV stations "JSTV 1" and "JSTV 2". This is a TV station that broadcasts Japanese TV to Europe! The station cuts programs from various Japanese stations and can be received via the Hotbird satellite - and that with a normal satellite dish (approx. 60-80 cm).

However, this is a pay tv channel that you can also subscribe to on a monthly basis in Germany.

Even if you don't feel like ordering a subscription, you can still watch Japanese television because the channel "JSTV 1" is broadcast daily with the news unencrypted and is therefore accessible to everyone! "JSTV 1" is also broadcast unencrypted on special occasions. It's cool, isn't it? "JSTV 2" is always encrypted.

Link to the TV station JSTV: (information about the station, broadcast tables, etc.)

Here is a small table about the transmission times, in which JSTV 1 sends unencrypted:

(after GMT Germany time) | daily from monday to friday | Sat. and Sun. not always

NHK is a Japanese TV and radio broadcaster. This can be compared with the ARD or ZDF

Lyngsat is a Tv database and has a lot of information from satellites and frequencies, etc.

Collection of links to Japanese Internet live and stream channels.

Listen to Japanese radio stations over the Internet 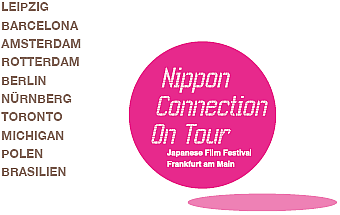