The women behind the periodic table

150 years ago, the chemist Dmitri Mendeleev discovered the periodic table of the elements - a brilliant but still incomplete system. The fact that we know 118 elements today and what an isotope is is not least thanks to a few women.

The list of women who completed the periodic table and discovered important properties about chemical elements is not long. “Of course, this has to do with the fact that women in Europe were only allowed to study chemistry and physics very late. Especially in Austria, ”explained the Viennese chemist and historian Rudolf Werner Soukup.

After completing their studies, many were only employed as academic assistants, if at all, often without pay. “The normal academic career was inaccessible to women. If one wanted to do a habilitation, that was stopped immediately. One argument was that they would not qualify for a habilitation. The work that I read, however, corresponded to what was common at the time, ”explained the chemist. Despite these obstacles, some women succeeded in discovering new elements and deciphering elementary laws. A few are briefly presented here on the occasion of the year of the periodic table.

The story begins with the Russian Julia Lermontowa. She was the first woman in Europe to struggle to study chemistry and do a doctorate in the subject. She received her doctorate in Göttingen in 1874, before that she studied at the University of Heidelberg with Robert Bunsen. At first he was anything but happy about it, as Werner Soukup described. “Bunsen was horrified that a woman was applying. But then he allowed it. "

150 years of the periodic table

Dated October 17, 1869, Viktor von Richter had his "Report from St. Peterburg of October 17, 1869" printed in the reports of the German Chemical Society 2 (1869) 552. In it he reports on a meeting of the Russian Chemical Society on October 2nd (October 14th according to our calculations) 1869, at which the Russian chemist Dmitri Mendeleev presented his views "On the relationship between properties and the atomic weights of the elements".

Presumably on behalf of Mendeleev, discoverer of the periodic table and promoter of “women's studies”, the chemist further developed the Bunsen process with which rare platinum compounds are separated. These include compounds with ruthenium, rhodium, palladium, osmium and iridium. If the chemical historians Brigitte Van Tiggelen and Annette Lykknes have their way, this was a prerequisite for bringing these elements into the right order. “The only reference to their work, however, is in Mendeleev's archive together with their correspondence, as far as we know,” the researchers write in the specialist journal “Nature”. After Lermontova's dissertation, it was quiet again for the time being. It was not until 1900 that a woman in chemistry, Clara Immerwahr, received her doctorate again in Germany. In Austria it was Margarete Furcht in 1902. But her work had nothing to do with the periodic table.

It is different almost at the same time in Paris. Here, at the end of the 19th century, the physicist Marie Curie, together with her husband Pierre and Henri Becquerel, succeeded in detecting radioactive radiation in other elements as well as uranium. In doing so, Curie came across the previously unknown elements radium and polonium - the latter named after Curie's homeland, Poland. With these findings Marie Curie completed her doctorate in June 1903 at the Sorbonne in Paris. 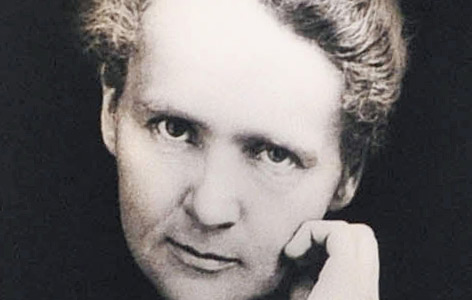 In December of the same year, Curie, her husband and Henri Becquerel received the Nobel Prize in Physics for their findings on radioactivity. The physicist received the second Nobel Prize in December 1911 alone. This time in chemistry for the discovery of the elements polonium and radium as well as for her further knowledge about the element with the atomic number 88.

But also in Austria chemists and physicists contributed to completing the periodic table and finding out important properties about the elements. Most of them did research at the Vienna Institute for Radium Research, founded in 1910. The chemist Stefanie Horovitz is one of them. Together with Otto Hönigschmid, she was able to prove for the first time that there are isotopes - so to speak, the "siblings" of the elements as they are listed in the periodic table: They are chemically identical, but they differ in their mass, namely through the number of Neutrons in the atomic nucleus. Frederick Soddy provided the theory and the name. “But Horovitz was ultimately able to explain what an isotope actually is through many years of measurement work and isolation of various isotopes.” Soddy officially recognized her contribution to the discovery of isotopes, but only he received the Nobel Prize for Chemistry in 1921.

Thanks to two women, the Viennese element, the Viennium, almost existed. It was discovered by the physicists Traude Bernert and Berta Karlik - she became the first full female professor at the University of Vienna in 1956. During the Second World War, during the natural decay of uranium, the two physicists came across the unstable element 85 - one of the rarest elements found in nature.

The right to give the element its name was given to others. “There is a letter from Otto Hahn from 1947, in which he explains to the two physicists that he cannot comply with the researchers' request, since a research team from the USA had artificially produced the element shortly beforehand and they were the official discoverers of the element Had the privilege of naming the element, ”explained Soukup. For this reason, the element is called "astatine", which, according to "Duden", translated from ancient Greek means "inconstant".

This decision was not entirely without criticism. After all, some were of the opinion that those who could identify an element should be allowed to name it, said Soukup. Today the discovery of the two women is a footnote in literature.

Although it is much more than a footnote in the literature, the work of Lise Meitner has too often been overlooked. She was one of the first women to study physics in Vienna - with Marie Curie as a model in mind - and later discovered the radioactive element 91, protactinium, together with Otto Hahn in Berlin in 1917 and 1918. 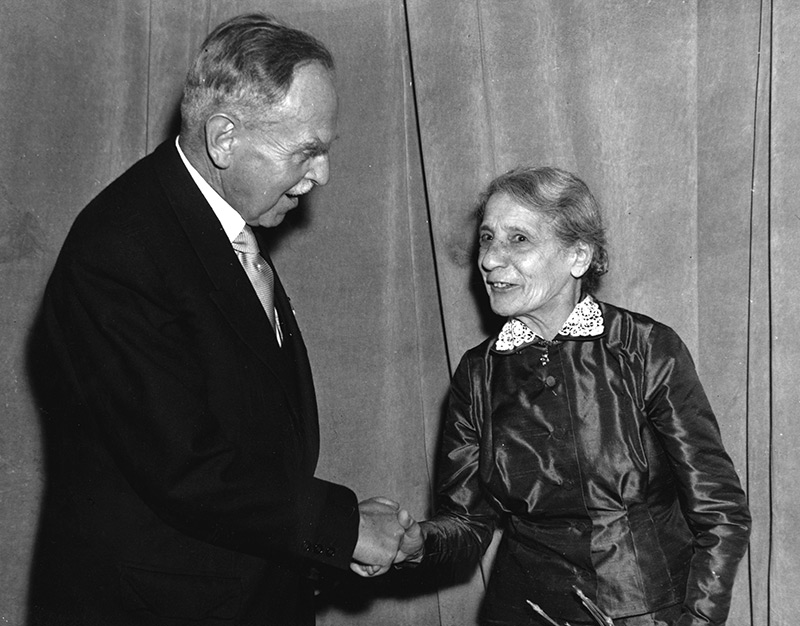 Much more important, however, is their contribution to the discovery of nuclear fission, which Hahn and Fritz Strassmann brought about in an experiment with uranium in 1938. “But in the weeks after the discovery, it was she who, together with her nephew Otto Frisch, presented the decisive arguments as to how nuclear fission works,” says Soukup. Hahn and Strassmann were awarded the Nobel Prize in 1944 for their discovery. There was no mention of Meitner. It was not until years later that the importance of their work was recognized. Today the chemical element 109 is reminiscent of the physicist: the “meitnerium”.

Strictly speaking, before Meitner, another physicist had already recognized that atomic nuclei can split: Ida Noddack, née Tacke. When the physicist Enrico Fermi and his colleagues fired uranium with neutrons in 1934 and believed that they had created the elements 93 and 94, Noddack expressed her doubts in an article in the journal “Angewandte Chemie”.

In it she argued that it is also conceivable that the core is “splintered” into fragments. As chemical historians Van Tiggelen and Lykknes write, their approach was ignored in the chemical community of the time. The researchers see the reason, among other things, in their poor reputation. Unlike Curie, Noddack had worked most of her professional life as a visiting scientist with her husband Walter Noddack in the laboratory - unpaid, the researchers explain. However, the German chemical engineer is honored for the discovery of element 75 - rhenium. The research couple discovered this together with Otto Berg in 1925.

Only one woman was recognized for the discovery of an element: Marguerite Perey, a French physicist at the Radium Institute in Paris, which Curie had directed since 1914. Here, Perey discovered the element francium in 1939 - the last element to be discovered in nature.

According to Van Tiggelen and Lykknes, the fact that she can be considered his sole discoverer is due to a small disagreement between their “bosses” Irene Joliot-Curie and Andre Debierne. "Both of them independently commissioned her to determine the exact half-life of the actinium 227 isotope - a technically delicate procedure in which she finally discovered the new element," say the chemical historians. But since it was unclear who Perey actually worked for, neither of the two researchers could claim the co-discovery for themselves, it is said.

more on the subject